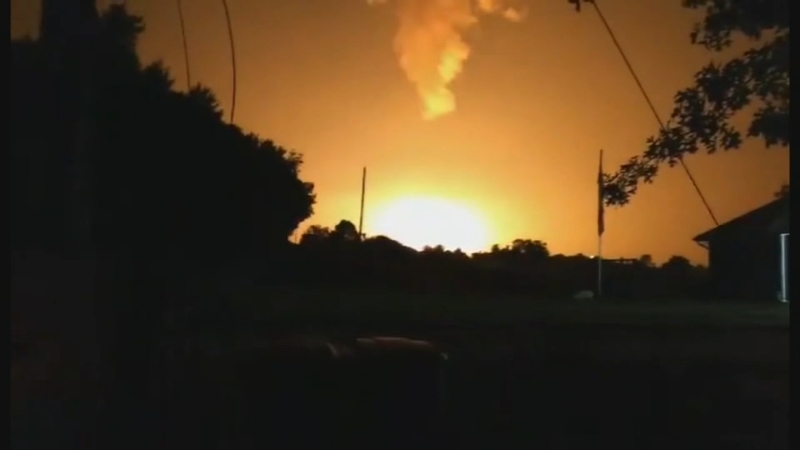 The video above shows flames light up the sky as residents in surrounding areas of Lincoln County were rocked by the explosion.

County Emergency Management Director Don Gilliam said the flames reached about 300 feet in the air and could be seen throughout Lincoln County.

Emergency managers say a ruptured gas line was the cause of the explosion, according to the ABC affiliate station.

Several structures in a local trailer park are still on fire, according to local officials.

Authorities said crews have been able to shut off the gas and people have been evacuated from the area.

Gilliam urged people gathering for a multistate yard sale to stay away as tanker trucks work to put out fires.

A local church has set up a shelter for those in need.