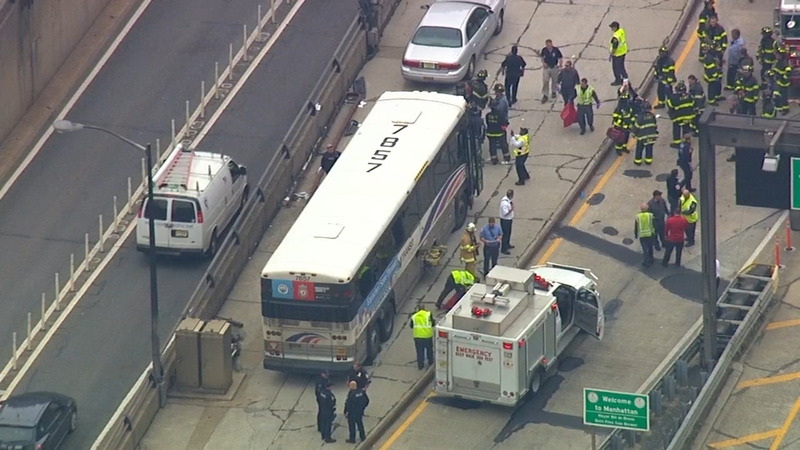 The two New Jersey Transit buses were involved in a fender bender inside the tunnel on the city's west side near Dyer Avenue and West 40th Street around 10 a.m., officials said.

Authorities with the FDNY said 25 people suffered minor injuries and seven people suffered moderate injuries, but none were considered to be life-threatening. Most of the people injured reported back and neck pain following the crash.

One bus rear-ended the other before both vehicles drove out of the tunnel to the New York side, where passengers were evaluated.

"What we have preliminarily is a rear-end of a bus to another bus," said Raymond Bryan, with the Port Authority Police Department. "At that point, we are conducting an investigation, reviewing video tape, and then we will be able to summarize at that point."

The driver of the bus that was hit from behind said he wasn't feeling his best and he needed to reset.

One passenger refused medical care at the scene. He apparently told the driver he had a meeting to get to and walked away on his own.

The Lincoln Tunnel remained open during the incident, but some buses to the Port Authority Bus Terminal experienced delays.

#FDNY members are on scene of a motor vehicle accident involving 2 buses in the Lincoln Tunnel. Currently there are 32 non-life-threatening injuries reported pic.twitter.com/5OmBZEeYcv