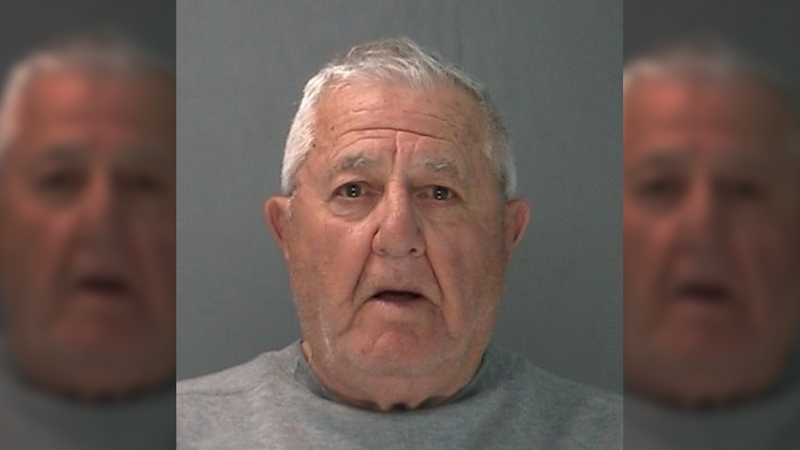 LINDENHURST, Suffolk County (WABC) -- A crossing guard is under arrest for allegedly groping a 15-year-old girl on Long Island.

Police say Philip Bonaventura, 78, was working outside Allegheny Avenue Elementary School in Lindenhurst three weeks ago when he met a 15-year-old girl who was walking to pick up a younger sibling.

He was stationed at the intersection of East Hoffman and South Delaware avenues when, police say, he escorted the girl to a nearby building and forcibly touched her.

The victim went with her parents to police on Wednesday to report the incident.

"This is a really disturbing incident," said Suffolk County Police Commissioner Geraldine Hart. "We received the report yesterday afternoon and he was in custody that evening, so we take it very seriously."

Bonaventura has been charged with Forcible Touching and Endangering the Welfare of a Child. Suffolk police have suspended him without pay.

He was released on a Field Appearance Ticket and is scheduled to appear at First District Court in Central Islip on Friday, May 24.

Hart said Bonaventura passed all background checks to enroll in the police department's crossing guard training program. She said no complaints have been filed against him in the past.

She said the incident shouldn't be a reflection on the rest of the county's 490 crossing guards. "They do a great job each and every day," Hart said.

Bonaventura had been a crossing guard with the Suffolk County Police Department for the past 12 years.

Thomas Rittenhouse, of Lindenhurst, said he's seen Bonaventura working the intersection for years and never saw him do anything inappropriate to students. Rittenhouse said the story doesn't add up.

"I've never seen him even put his hand on anybody's shoulder. He seems like a very nice older gentleman," Rittenhouse said.

Meantime, the school district sent a letter to parents saying:

Dear Parents,
I was informed late last night that a crossing guard employed by the Suffolk County Police Department and assigned to our school district - specifically an intersection within the boundary of Alleghany Avenue Elementary School - has been arrested for forcibly touching and endangering the welfare of a 15-year-old girl.

The crossing guard in question has been removed from our district, as the safety, security and well-being of our students is the district's top priority.

Suffolk County Police have requested that anyone with information about this case or knowledge of any other potential victims, contact them at 631-854-8152 or 1-800-220-TIPS.

Thank you for your attention.