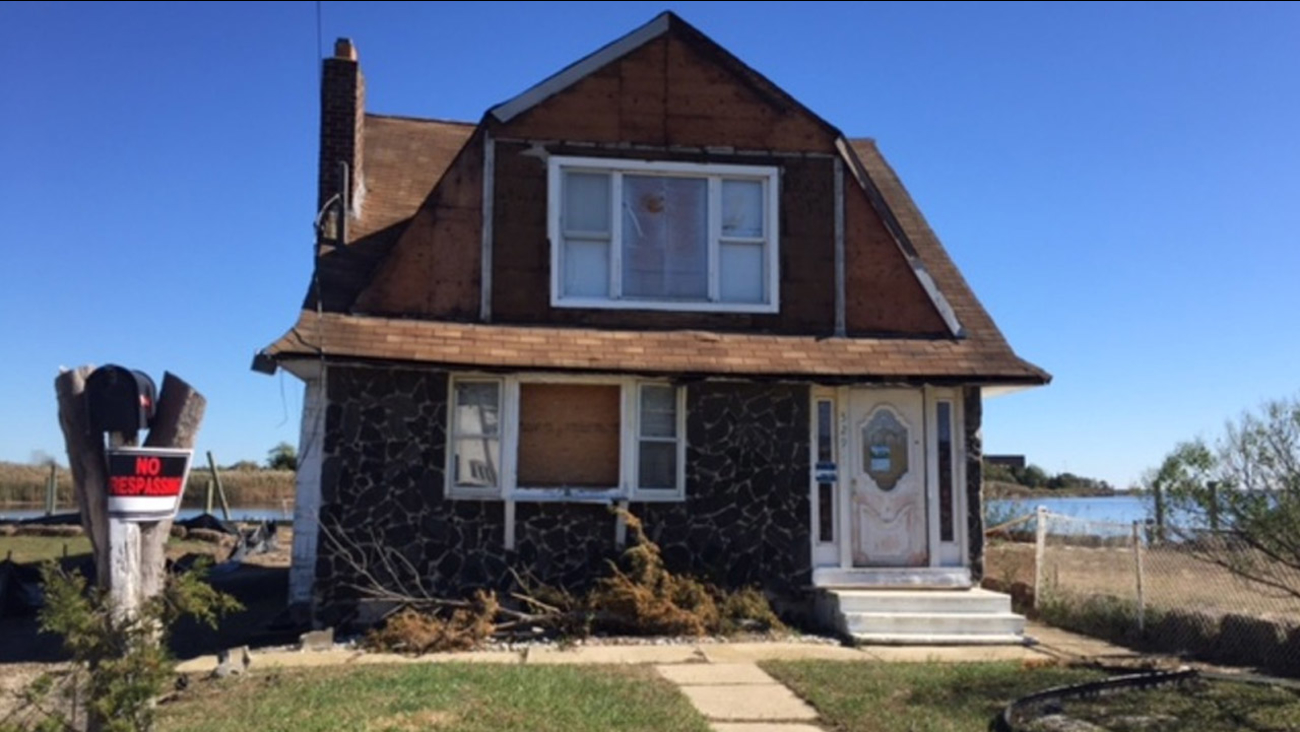 LINDENHURST, Long Island (WABC) -- Five years after Superstom Sandy, people living in Lindenhurst are still struggling to get their neighborhood back to what it was.

"We haven't seen the progress that needs to be seen in year five," resident Michele Insinga said. "There are a lot of people who still have questions to this day and they shouldn't even still have these questions."

If you drive around Lindenhurst south of Montauk Highway, you'll see homes just now under construction or abandoned all together. Lindenhurst was one of the hardest hit areas on Long Island when Sandy swept through.

People there will tell you it wasn't the storm that was the worst part. It's what happened afterward -- the contractor fraud, insurance denials and run a rounds and the empty promises from FEMA.

People were forced to watch as their neighbors' perfectly fine homes were torn down and the land sold to the state. Maria Perillo said she was forced to spend $40,000 to bring her house on South 7th Street up to code after the storm, yet she lives next door to two abandoned homes -- one that is filled with mold and raccoons and the other that had a squatter living in it recently.

"This house has been sitting here rotting. It's unacceptable after everything we've had to go through," Perillo said.

The village of Lindenhurst says it has contacted the property owners and told them they have to clean it up. In the meantime, the people who live nearby continue to wait.
Report a correction or typo
Related topics:
lindenhurstsuffolk countysuperstorm sandyhurricane sandy
Copyright © 2022 WABC-TV. All Rights Reserved.
SUPERSTORM SANDY
Massive 32-ton floodgate lifted into place on Lower East Side
Weather or Not: How you can fight climate change
Historic water tower in NYC reopening soon after more than a decade
NJ leaders secure millions in loan forgiveness for towns in debt
TOP STORIES
Death toll rises to 21, mostly children, in TX school shooting
Uvalde school shooting: What we know about 19 kids, teacher killed
Biden addresses nation on 'horrific' Texas school shooting
A look at some of the deadliest US school shootings
Alleged shooter in unprovoked subway murder surrenders
DA: Gang members taunted rivals in rap videos, beat bird to death
AccuWeather: More Sun
Show More
Senator begs for gun compromise after Texas school shooting: VIDEO
How to talk to kids about Texas school shooting
Gas station charges nearly $8 a gallon ahead of holiday weekend
NJ launches inaugural 'Kicking Off Summer Lakes Tour'
Nassau County cracks down on illegal THC vape sales
More TOP STORIES News