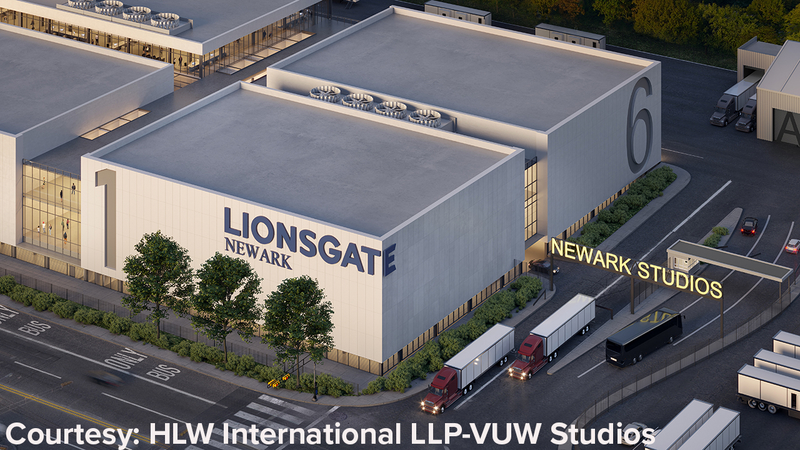 NEWARK, New Jersey (WABC) -- A new $100 million TV and movie studio is being built at the former site of a public housing development in Newark.

Lionsgate is planning to the build the production hub on a 15-acre lot on Dayton Street, which used to be the Seth Boyden Houses.

"Bringing a project of this magnitude into Newark is a monumental victory for our city," Mayor Ras Baraka said. "It will bring hundreds of new jobs, create new educational opportunities for our students, and invigorate the revitalization of the South Ward."

The new studio will have six sound stages that will be at least 20,000 square feet.

It will also have a space for set building, post production editing, crew trucks and catering services.

The production hub could bring 600 jobs to the city.

"One of my administration's priorities has been to enhance New Jersey's film industry and create new revenue streams for our state," Governor Phil Murphy said. "With the addition of the Lionsgate Newark Studio, New Jersey will cement its position as a hub for television and film production with its proximity to all forms of transportation and access to more than 14,000 qualified union members in the region. As a result, the introduction of the Lionsgate Newark Studio not only promotes the economic vitality of our state, but also provides good jobs and access to opportunity for all South Ward community members."

The proximity to New York City makes New Jersey attractive, but another emerging reason is that officials in the region anticipate movie and TV makers moving production out of southern states like Georgia, with their laws increasingly unpalatable to the entertainment industry, and to states like New York, New Jersey and California.

The facility will be owned and operated by Great Point Studios, and as the facility's long-term anchor tenant, Lionsgate will receive naming rights to the studio.

NJPAC will manage public affairs and community relations for the studio and create educational programs and internships for Newark high school and college students.

Operations are expected to begin in late 2024.

The City of Newark is making an effort to find creative housing solutions for its homeless population, but some residents aren't happy with the plan. Lucy Yang has the story.