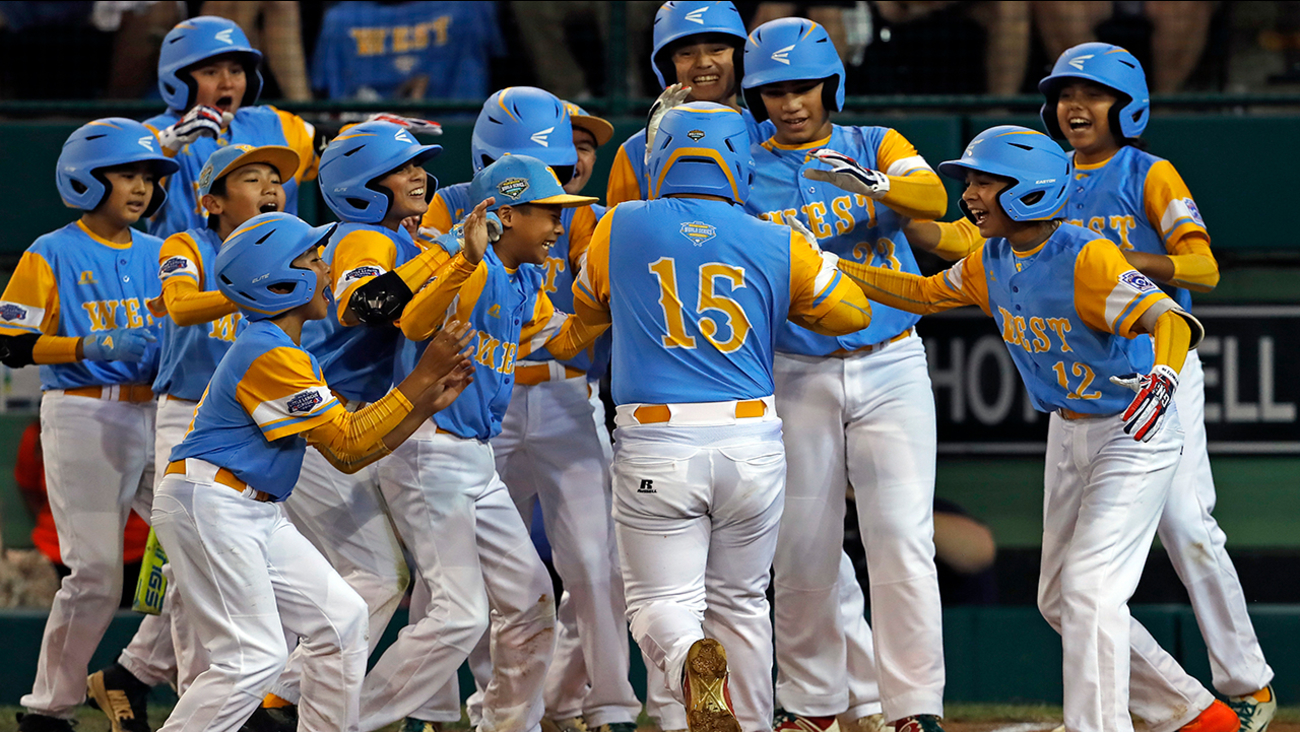 WILLIAMSPORT, Pennsylvania (WABC) -- It was a disappointing night for the team from Staten Island at the Little League World Series, as they lost 10-0 to Honolulu, Hawaii.

The 'mercy rule' was invoked with two outs in the fifth inning when Hawaii went up by 10 runs.

Hawaii's Sean Yamaguchi hit a grand slam off Chris Bedford in the second inning to break the game open and give his team a 7-0 lead.

A victory Wednesday night would have sent the Mid-Island Little Leaguers, champions of the Mid-Atlantic Region, into the championship game in the United States bracket on Saturday.

They can still make that U.S. title game - a semifinal for the whole LLWS - but now will have a harder road in the double-elimination tournament.

Staten Island will try to stay alive in its next game on Thursday night against Georgia. The winner of the U.S. championship game faces the winner of the international bracket.

For many teams, simply reaching South Williamsport is the goal. Not Staten Island.

"We're not just happy to be here," said manager Joe Calabrese, who has been coaching teams in Mid-Island Little League for over 20 years. "We're looking to win the Little League World Series."

Hawaii, the West region representatives, opened the tournament with a 2-0 win over a talented Georgia team in the longest game in Little League World Series history, and took down Michigan 8-3 two days later.

Staten Island had been equally impressive on the mound, defeating Iowa 5-2 and Texas 2-1. However, it faced Hawaii without the arm of Gregory Bruno, who had pitched eight of the team's 12 innings thus far and had to rest by Little League pitch-count rules.

Calabrese is confident that his deep roster has what it takes to prevail.

"We're scrappy, we battle, and our kids are focused," Calabrese said. "They're going to scrape and claw for it. They work extremely hard and they have that same type of (New York) mentality."

The two teams from opposite sides of the country were the only two undefeated American clubs remaining. Staten Island entered the game with a 17-0 record this season.