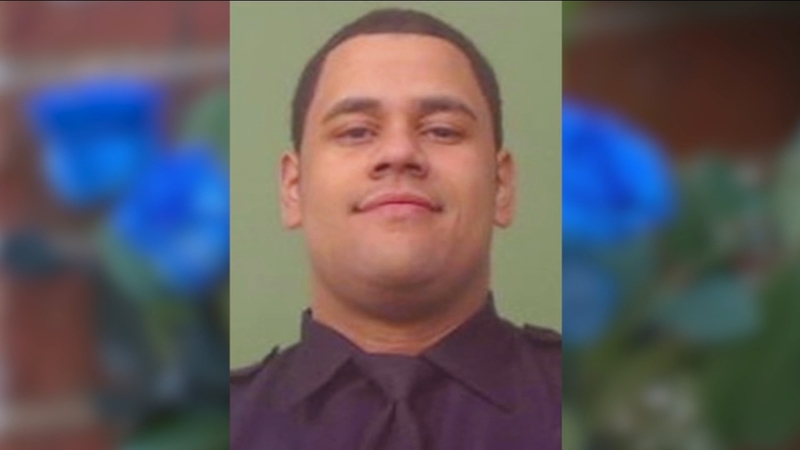 KIPS BAY, Manhattan (WABC) -- There was no shortage of profound tributes to fallen NYPD Officer Wilbert Mora Tuesday night, but his greatest legacy may be the lives he's saving after his death.

NYPD Officer Wilbert Mora continues to live and give posthumously.

Tuesday morning, immediately after his last breath, Eyewitness News reporter Lucy Yang was told doctors began the race of life to give his organs to desperate recipients.

"In such a tragic story for New York, people will have a second chance at life thanks to the generosity of the Mora family and officer Mora," President and CEO of LiveOnNY Leonard Achan said.

LiveOnNY says the Mora family, in their darkest hour, made the generous and gracious decision to donate everything the officer had. He was only 27 and healthy.

It could arguably be the most beautiful final gift.

Officer Mora was transferred to NYU Langone Health Sunday night. This is where the transplant team is based, and time is not forgiving.

Surgeons had four hours to get his heart beating in a new patient.

While the city mourns the loss of another hero, Officer Wilbert Mora's legacy is spreading joy even beyond the city he served.

"LiveOnNY can now confirm that through the generosity of NYPD Officer Mora and his family with their heroic gift of organ donation, 5 people who were waiting for a heart, liver, two kidneys, and pancreas were saved. Based on the medical urgency of waiting recipients, 3 individuals in New York and 2 people outside the state of New York received life-saving organ transplants from Officer Mora. We are humbled and honored to be the steward of these gifts on behalf of Officer Mora and his family so others may live on." - said LiveOnNY President & CEO Leonard Achan RN, MA, ANP