Police search for clues after socialite bludgeoned to death in Westchester 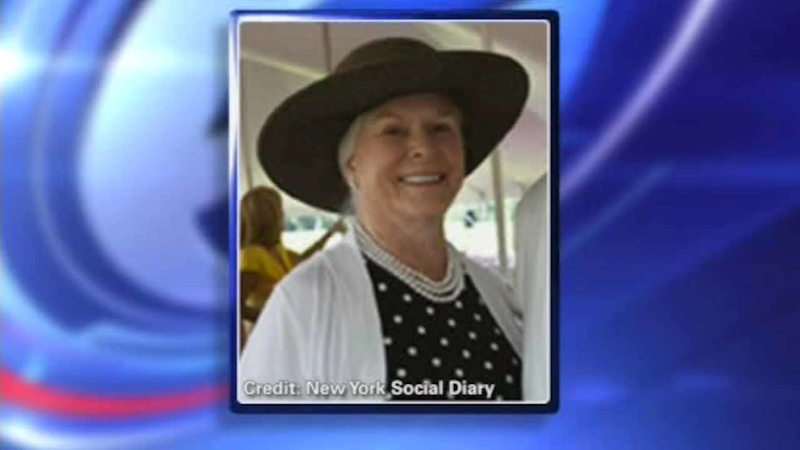 NORTH SALEM (WABC) -- Police continued their investigation Wednesday into the murder of an elderly socialite in North Salem.

They are scouring surveillance cameras in town for clues into the death of 83-year old Lois Colley.

"It's just a shock, it's so bizarre. You don't expect it," said North Salem resident Paul Rinaldi.

Rinaldi is a member of the Republican town committee, and knows the Colleys through politics. But it's murder that has the quiet community buzzing, as residents and police wonder who killed Lois Colley.

"She was a wonderful lady, she was just a sweet person, that's about all I can say," said Rinaldi. "I never heard anybody say anything negative about her."

Colley was bludgeoned to death in the laundry room of her home, a colonial manor in 300 acres known as Windswept Farm.

Police are trying to determine whether the wealthy socialite knew her killer, or was the victim of someone intruding on the property.

Her husband Eugene is not considered a suspect. The 88-year old owns 100 McDonald's franchises, operating his multimillion dollar empire out of an office building in Croton Falls.

"So sad, really unbelievable. It really is a very quiet, bucolic community," said North Salem resident Kathleen Liddy. "We're all very close, and for something like this to happen, it's very sad."

Wednesday, investigators downloaded surveillance footage from town hall, which is on the same road as the Colley estate.

Route 116 extends into Connecticut, where state troopers met with detectives from the Ridgefield Police Department.

In the past couple of weeks, there have been four burglaries roughly two miles away, though police say it's unlikely the incidents are connected.

All of which leaves residents unsettled.

"I can't believe that something like that would happen in this town and it's really just sad to hear," said North Salem resident Lisa Woloshyn.