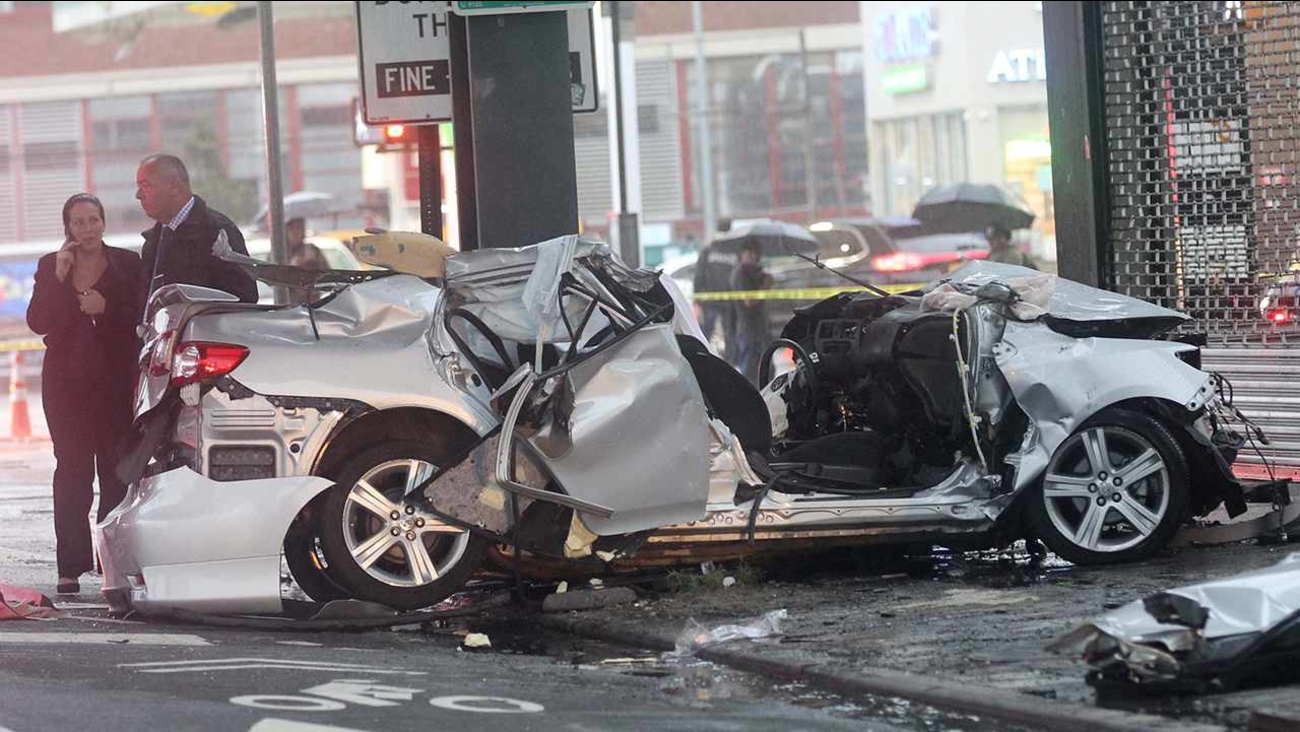 The driver of a sedan died when his car ran into a truck in Long Island City (G.N. Miller/New York Post)

LONG ISLAND CITY, Queens (WABC) -- A man was killed in Long Island City Saturday morning in a collision with a truck.

Around 6 a.m., police responded to the intersection of Skillman Avenue and Queens Boulevard.

According to the New York City Police Department, a 28-year-old man, identified as Steven Narvaez, of Woodside, was found unconscious with severe body trauma. He was pronounced dead at the scene.

His 17-year-old female passenger also was injured. She was taken to Elmhurst General Hospital, where she is critical.

The sedan hit the truck, then came to a rest underneath it.

The truck operator remained on the scene and was uninjured.