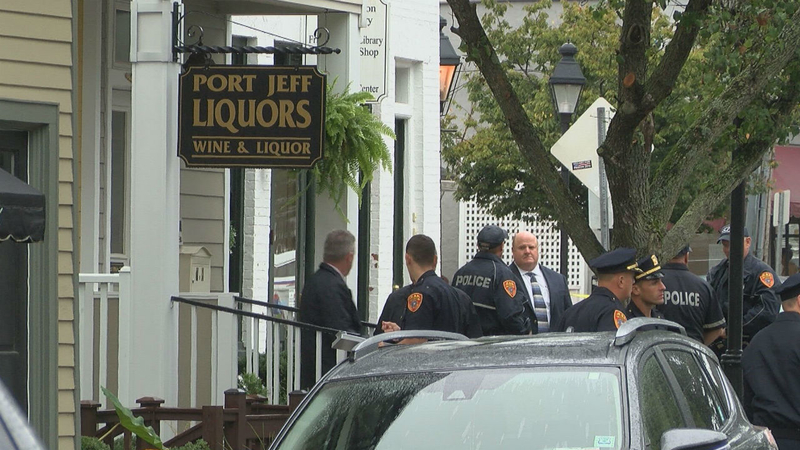 PORT JEFFERSON, Long Island (WABC) -- Police are investigating after a man with a samurai sword was shot and killed in a liquor store on Long Island Thursday.

The incident was reported at Port Jeff Liquors in the 150 block of East Main Street just after 2 p.m.

Police say 50-year-old Theodore Scoville walked into the store swinging dangerously close to the owner with a two-foot blade, and the owner shot him.

Scoville was pronounced dead at the scene.

"He had a sword beneath a poncho, it seems to be without saying a word, he pulled the sword out, swung it three times -- at least three times -- at a very close distance to the person behind the counter," said Lt. Det. Kevin Beyrer with the Suffolk County police.

Officials said the incident does not appear to be a robbery attempt and the store owner's gun was legal. He is not expected to be charged.