LIRR back to normal after car fire snarls AM commute 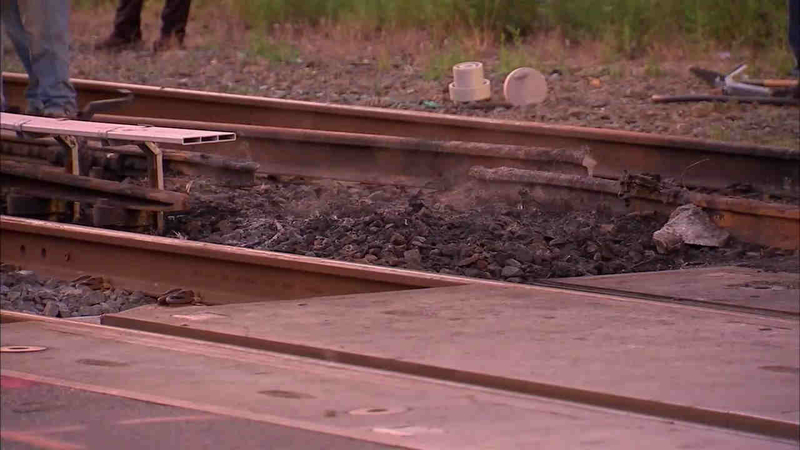 WESTBURY, Long Island (WABC) -- Long Island Rail Road service is back to normal in time for the Wednesday evening commute after an early-morning crash caused a fire on the tracks.

Just after 2 a.m., authorities say a car drove over a running rail at the second crossing east of the Westbury station, causing it to burst into flames.

Service on one track was restored by 4:30 a.m., but there was significant fire damage to the third rail and to track 2 that prompted the delay or cancellation of several trains.

The 30-year-old driver of the vehicle escaped injury and was was charged with driving while intoxicated.
The fire damaged one of two tracks near Urban Avenue in Westbury.

A closer look at the burned and broken track @LIRR workers are trying to repair after a morning car fire. @ABC7NY pic.twitter.com/5ZdNW3Jq8f