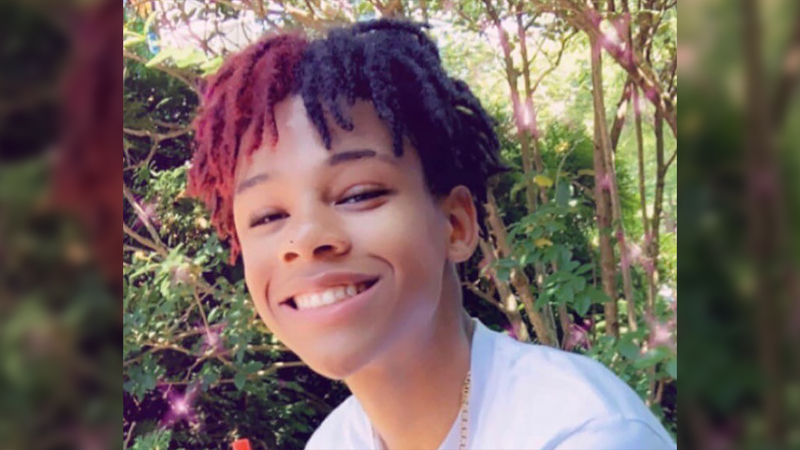 OCEANSIDE, Long Island (WABC) -- A man was charged in the death of 16-year-old Kahseen Morris, whose stabbing was recorded and watched by dozens of onlookers at a Long Island strip mall.

Police said 18-year-old Tyler Flach, of Lido Beach, was arrested Wednesday and charged with murder. He will be arraigned Thursday in Hempstead.

Police said the brawl, involving as many as 50 teens, broke out at an Oceanside strip mall. Police said the fight appears to have started over a girl.

During the scuffle, Morris, a student at Oceanside High School, was stabbed in the chest. He was taken to the hospital, where he died.

"He was a person that would help anyone, and no one helped him," said Keyanna Morris, Kahseen's sister.

For the Morris family, the timing of Kahseen's death was cruelly ironic.

"He told my mom this is the first time in so long that he's been so happy because he finally found a school where he could be himself with nobody judging him," she said.

Kahseen's family and friends gathered at the scene of the attack Wednesday and lit candles for the teen.

"He was the light, the energy of his whole family," said Keyanna.