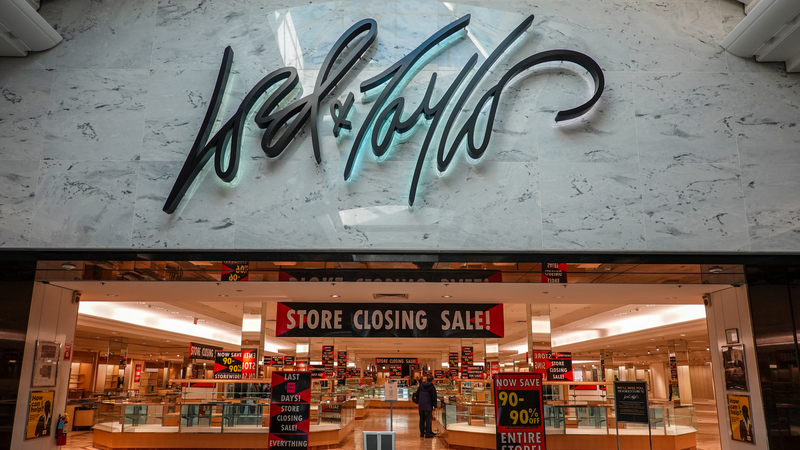 The first department store ever established in the U.S. is closing its doors for good.

Lord and Taylor announced Thursday it will shut down its remaining 38 stores.

The high-end retailer was in business for 194 years, but it filed for bankruptcy on August 2.

The liquidator for the company said customers can expect deep discounts on merchandise both in stores and online.

Following its bankruptcy filing, the company said it was looking for a new owner, but one did not materialize.

Like many retailers, Lord & Taylor was already struggling with the shift to online shopping even before the coronavirus pandemic struck this spring.

Last year, it sold its flagship building on New York's Fifth Avenue after more than a century in the 11-story building.

The company was founded as a dry goods store in 1826.

Retail outlets began propagating throughout Manhattan in the early 1800s, a relatively new institution at the time, according to "Gotham: A History of New York City to 1898."

That's when English immigrant Samuel Lord teamed up with his wife's cousin George Washington Taylor and sold women's ware from Catherine Street on the Lower East Side.

The business continued to grow throughout the century, with more stores opening in SoHo and Midtown.

The famed flagship location on Fifth Avenue opened in 1914.