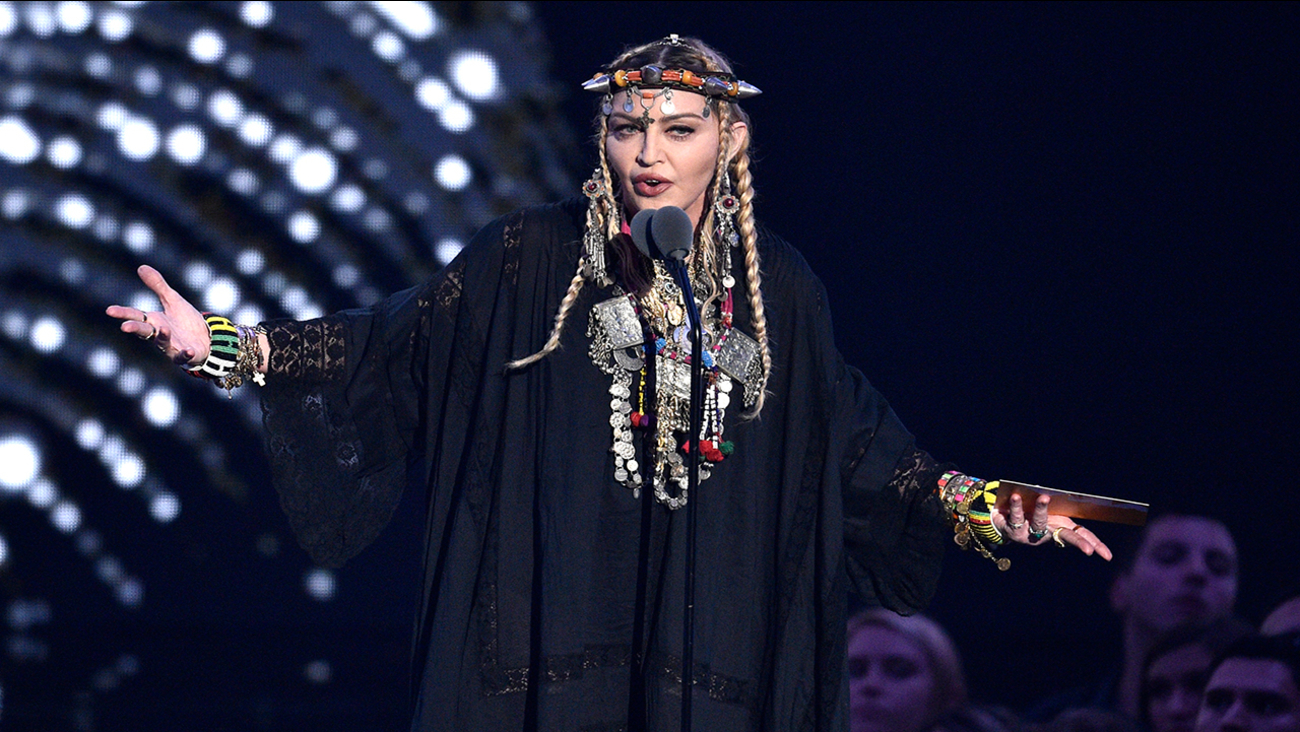 MIDTOWN, Manhattan (WABC) -- Madonna said that she was neither asked nor intended to do a tribute to the late Aretha Franklin at the MTV Video Music Awards on Monday night.

The pop star was scorched online for telling a lengthy story about Franklin that had more to do with herself than the Queen of Soul, who died last week.

Madonna's story was about singing a song popularized by Franklin during an audition but included much more about her own career.

In an Instagram post on Tuesday, Madonna said that instead of preparing a tribute to Aretha Franklin, she was asked to present the Video of the Year Award and share any anecdotes she had in her career that were connected to Franklin.

She wrote that she could never do Franklin justice with a tribute amid the noise and tinsel of an award show.