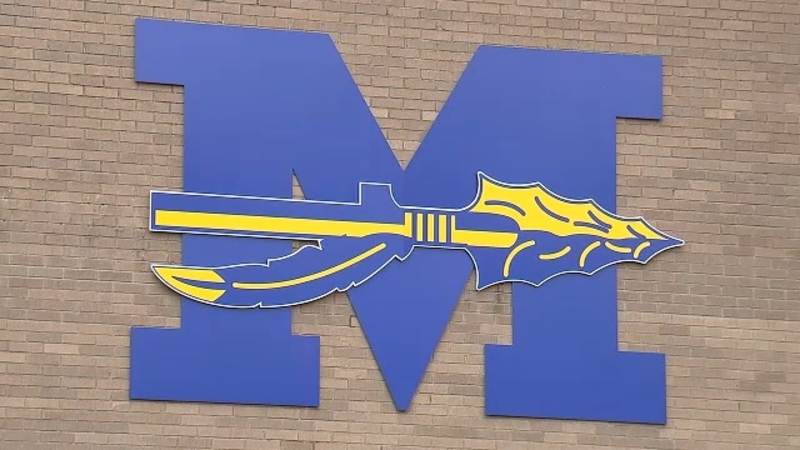 MAHOPAC, New York (WABC) -- It is an updated logo of an arrow through the letter M, but you don't have to look too hard to find imagery of Mahopac High School's mascot - The Indians.

"It's a harmful image that reduces a population to nothing - it's dehumanizing," said Daniel Ehrenpreis.

Demands for racial justice in the wake of George Floyd's killing have touched virtually every community, including Mahopac - the site of a rally over the weekend where current and former students spoke of experiencing racism in the district.

There has been a renewed effort to change Mahopac's mascot, where until recently it was not uncommon to see students in Native American headdress carrying out a mock scalping.

Several residents hoped to discuss the matter during Thursday's virtual Board of Education meeting - but despite submitting questions in advance, the topic was never brought up.

"It seems to me that a town should have transparency and encourage feedback from the community, the taxpayers that are paying for the school board," said Mahopac resident Jean Hopper.


"The Board appreciates the outreach, research, and advocacy that Mr. Ehrenpreis has conducted with regard to the issue of the District's mascot.

The District met with Mr. Ehrenpreis (via skype) in December 2019, listened to his concerns, and considered the facts and argument that he (and his colleagues) had advanced regarding their desire to change the mascot.

The District then conducted its own historical investigation into the origins of the mascot.

The District ultimately determined that it would, accordingly, maintain the mascot."