WABC
KINGSBRIDGE, Bronx (WABC) -- A man in a car was fatally shot in the head during a street dispute outside an IHOP restaurant in the Bronx.

The victim, now identified as 22-year-old Nicolas Vargas Jr., of Manhattan, has died from his injuries.

Police said he may have been driving when he was shot in the head at West 238th Street and Broadway in the Kingsbridge section at around 12:30 a.m. Friday.

The black Honda finally stopped blocks away on Broadway, possibly when another occupant of the vehicle brought it to a stop.

"They're screaming. They're going crazy," said Jasmine Roman, an eyewitness. "But then I saw the ambulance come, the cops pull up, from there I pretty much knew what it was."

She said she watched paramedics remove the man from the car, and he wasn't moving.

Marcus Solis has more on the shooting outside an IHOP in Kingsbridge.

The victim, shot in the head, was rushed to the Allen Hospital NewYork-Presbyterian in critical condition. He was later pronounced dead.

The suspect fled the scene on foot, and police were working on a motive.

As many as five people, three men and two women, fled southbound on Broadway.

Police released images of the two woman who were seen with the suspects prior to the shooting. 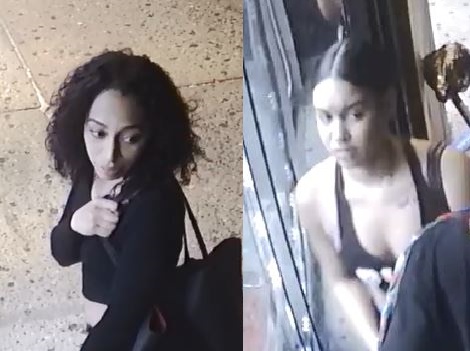