Man covered in flames after crash dipped into puddle by deputies

GRAPHIC VIDEO WARNING: Video may not be suitable for all audiences.
KTRK 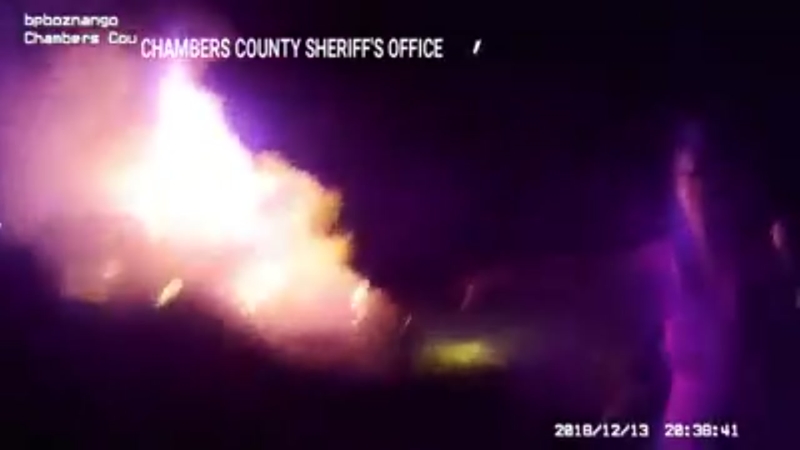 CHAMBERS COUNTY, Texas -- A man is in critical condition after a fiery crash in Chambers County, Texas.

For the first time, we're seeing bodycam video from the devastating wreck on Dec. 13 just south of Winnie.

HEROES RESPOND: What they were thinking during rescue
EMBED More News Videos

"I've pulled people from burning cars a thousand times in my mind."

Sheriff Brian Hawthorne said two of his deputies saved a man's life after they came upon the wreck.

The victim was found inside a burning vehicle with his abdomen and legs on fire, Hawthorne said.

Video shows deputies Braedon Boznango and Carlton Carrington reach inside the vehicle and pull the victim out, before submerging his burning body in a nearby puddle of water.

The victim was taken by air ambulance to a Houston hospital, where he is in critical condition.

Hawthorne said both deputies were uninjured after risking their own lives to save the man, but the intensity of the fire melted parts of the equipment on their uniforms.

"Had these deputies not acted quickly, decisively and without total disregard for their own safety, the seriously injured man would have perished inside the vehicle," Hawthorne wrote on Facebook Tuesday.