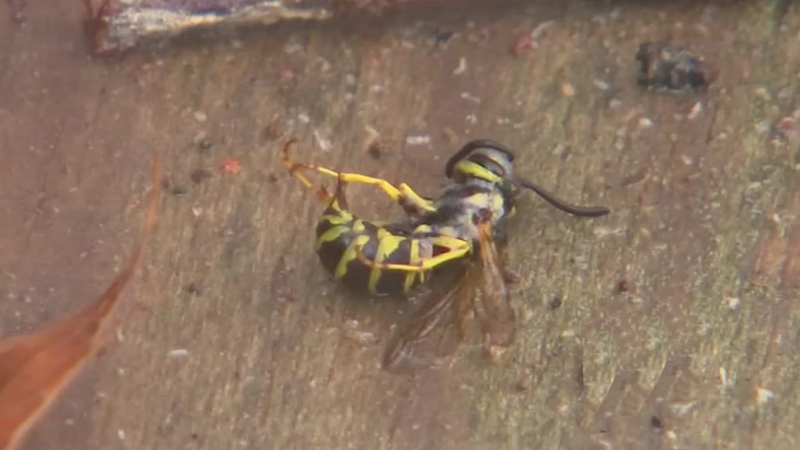 Man critical after being stung by yellow jackets

The man suffered an allergic reaction, which sent him into cardiac arrest, according to the man who owns the home.

"He instantly went into shock, passed out, heart stopped," Kevin Gahn said. "The next thing I knew, there was EMTs, police everywhere down here. They worked on him for 45 minutes, I guess, doing chest compression because he had no pulse."

Gahn said the contractor was working with another man who turned out to be his son-in-law.

He said the two had torn out some floorboards on one section of the deck when they moved to the stairs leading to a porch.

Apparently, there was a nest under the porch.

The man in the foreground (royal blue shirt) is seen working on the deck before the yellow-jacket attack.

Gahn said the son-in-law told him the man was only stung twice but quickly passed out.

Paramedics immediately gave the man an injection, but with his heart stopped, it wasn't circulating in his system.