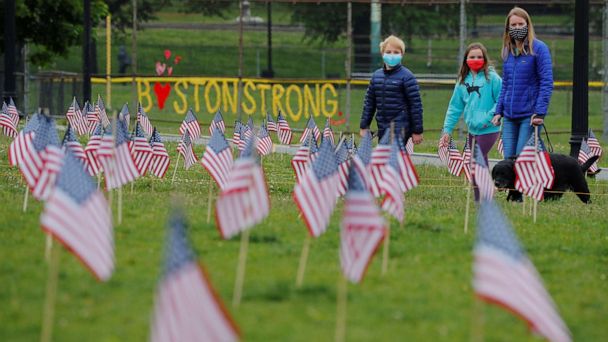 A man has been arrested after allegedly stealing an American flag from a memorial commemorating service members who have given their lives in defense of the United States, lighting it on fire and then throwing the burning flag onto a police car.

The incident occurred on Sunday evening at approximately 7:10 p.m. when officers assigned to patrol Boston Common in downtown Boston, Massachusetts, were approached by several members of the public saying that they had seen a man lighting fire to the American flag and then throwing it onto the roof of a Boston Police prisoner transport wagon.


The car was parked near the fountain inside the park and was unoccupied at the time of the incident.

Officers responded to the scene and arrested 40-year-old Daniel Lucey who confirmed to the authorities that he had lit the flag on fire and thrown it onto the police car as a form of protest.

Over the weekend, 1,000 flags were planted on Boston Common by a small group of volunteers who organized a social distancing-compliant version of the annual flag garden, according to ABC News' Boston affiliate WCVB.

"Officers noted that the suspect was in possession of several other flags which appeared to be similar to the ones which are planted in front of the Soldiers and Sailors Monument over Memorial Day weekend to commemorate the Massachusetts service members who have given their lives in defense of the United States of America," the Boston Police Department said in a statement posted to social media.


While speaking with the officers about the incident, the man then proceeded to spit at the authorities and hit one responding officer's shoe with saliva.

The suspect was arrested and placed in custody at the scene of the incident.