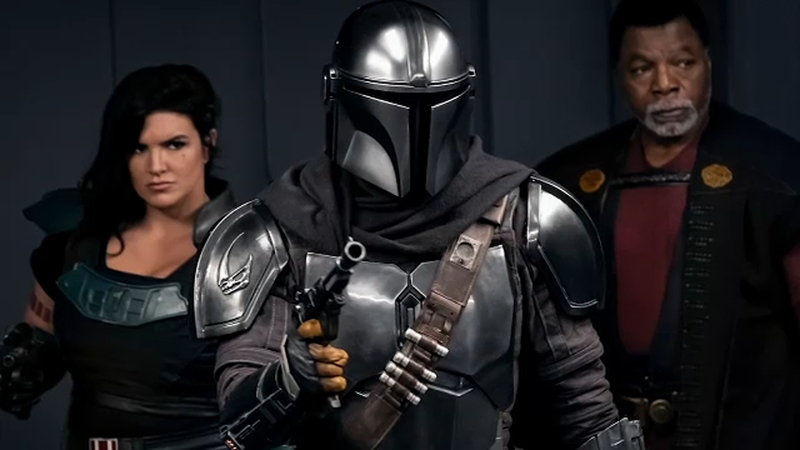 CHICAGO -- The Mandalorian raked in 15 nominations and has already won five for technical excellence at the Creative Emmy ceremony.

Some of the cast of the red hot Star Wars series talked a bit about season two which launches next month only on Disney+.

"The Mandalorian" captures the darker side of Star Wars, a "Space Western" set after the fall of the Empire and before the emergence of the First Order. It reflects a time of chaos and lawlessness.

"It's really, really great storytelling within a world we already know, and challenges that world with a bunch of originality and unexpected personality and some edge," said star Pedro Pascal. "All of the shady characters in the bar in the first movie we all saw come more to the forefront."

Notable actors in the Disney+ series include Carl Weathers as Greef Karga, a shadowy underworld figure and Gina Carano as Cara Dune, an ex-rebel Shock Trooper.

The budget for this new series is said to be over $100 million.

"It's doing too much frankly. If you want my real opinion -- it's not only challenging Star Wars, it's challenging what can be done on TV. It's setting the bar too high. It's too good and no one will ever be the same," Pascal said.

The Emmy Awards are Sunday night and will air on ABC with Jimmy Kimmel as the host.