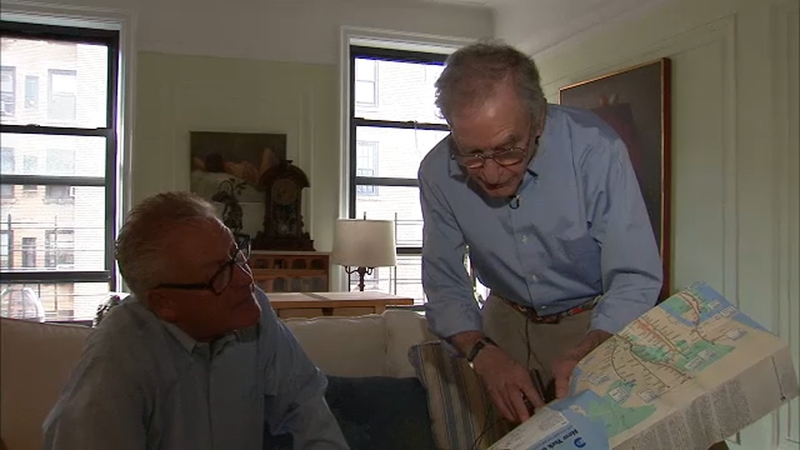 Map designer John Tauranac says he has a better way to easily lay out the lines.

For four decades, it has been the road map to the labyrinth of subways that crisscross Manhattan, takes us up to the Bronx, out to Queens and to the far reaches of Brooklyn.

"I think the 1979 map captured the essence of mapping the subway," Tauranac said.

At the time, heading a review committee, Tauranac worked at the MTA when the first map was created. Since his departure in 1987, he has designed eight more subway maps -- not for the MTA -- improving on each one of them.

"The distinction that I am making is that it could serve a better purpose," he said.

Tauranac believes his newest subway map is much clearer and easier to understand for visitors, showing each station's location and cross street. He color codes the numbers and letters at each station, so you can tell how often the train stops there.

"There should be a late night service map," he said. "And today's subway map only depicts weekday service."

Tauranac said that you can delineate between local and express.

"The number 1, which is the local stops there, and put it in a square," he said. "Or if there is more than one local stopping there, in a rectangle. And the express should be in a circle or an oval."

Tauranac has gone back to the MTA in hopes it would consider adopting his new map.

The MTA says they introduced a new subway map in 1998 that has been modified many times since.

"We are proud of our internal creative teams, that as Mr. Tauranac validated as head of a review committee for an earlier version of the map, do excellent work," an MTA spokesperson said.

And for now, Tauranac said he will continue making his improvements.