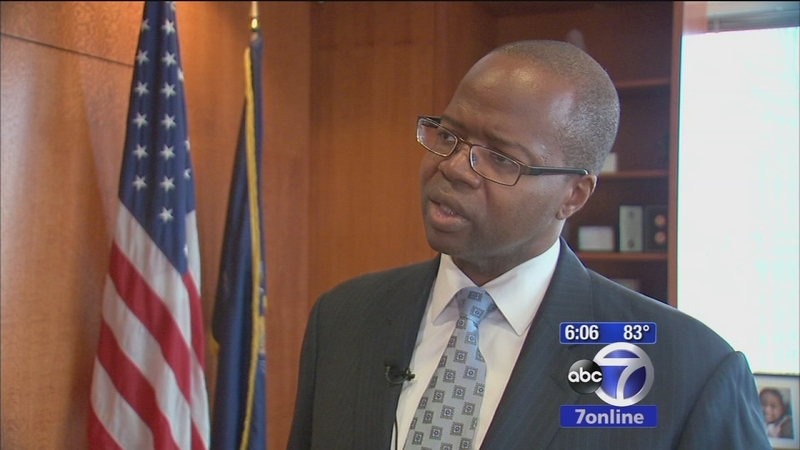 NEW YORK -- Most of the thousands of people arrested for the first time on low-level marijuana possession charges in Brooklyn will likely no longer be forced to go to court for cases that are often eventually dismissed anyway.

Under a new policy announced Tuesday by District Attorney Kenneth Thompson, prosecutors will now use their discretion to dismiss upfront many class B misdemeanor pot possession claims on a case-by-case basis. The policy parts from a previous practice that Thompson said weighed on the criminal justice system in both dollar and human costs.

In 2013, about two-thirds of the more than 8,500 low-level marijuana possession cases processed by the district attorney's office were dismissed by judges at arraignment, according to statistics from his office.

"Given that these cases are ultimately - and predictably - dismissed, the burdens that they pose on the system and the individual are difficult to justify," he said. "We are pouring money into an endeavor that produces no public safety benefit."

The new policy would not apply to 16- and 17-year-olds, people with serious criminal histories and those caught smoking in public or near children, Thompson said.

The policy shift represents a follow through on a campaign pledge the new DA made last year, and it opens a new chapter in a yearslong debate over the tens of thousands of low-level marijuana possession arrests citywide each year.

While the city's four other district attorneys often agree to dismiss such pot cases, and some have backed proposals to change state law to more fully decriminalize small-time marijuana possession, they haven't explicitly laid out a policy of not prosecuting the arrests; some, indeed, have said their approach is to prosecute the laws as written.

NYPD Commissioner William Bratton said in a statement Tuesday he discussed the policy change with Thompson but said officers had to enforce state laws uniformly, and that, as a result, Brooklyn's policy change "will not result in any changes in the policies and procedures of the NYPD."

New York state partly decriminalized pot possession in 1977 but drew a dividing line: Having up to about 7/8 of an ounce is a non-criminal violation akin to a traffic ticket if it's in a purse or pocket but a misdemeanor if it's "open to public view."

Critics feel the arrests take up more police time than they're worth in public safety, and they say the arrests are racially disproportionate and reflect questionable police tactics.

A huge majority of those arrested - 86 percent last year - are black and Hispanic, though federal statistics show similar percentages of white, black and Hispanic adults report having used marijuana within the past year or month.

Critics maintain that police sometimes illegally search people or get them to turn out their pockets to generate a "public view" marijuana arrest, often during a stop-and-frisk encounter; police have said there's no indication that happens.

Nonetheless, police were reminded in September 2011 that they couldn't induce people to bring the drug out. In a further effort to address the controversy, former Mayor Michael Bloomberg announced in 2013 that most low-level pot arrestees would get court appearance tickets instead of being booked and waiting for arraignment.

The arrests fell to 28,600 last year. They totaled about 12,300 in the first five months of this year, down 5 percent from the same period last year, according to the latest available state Division of Criminal Justice statistics.