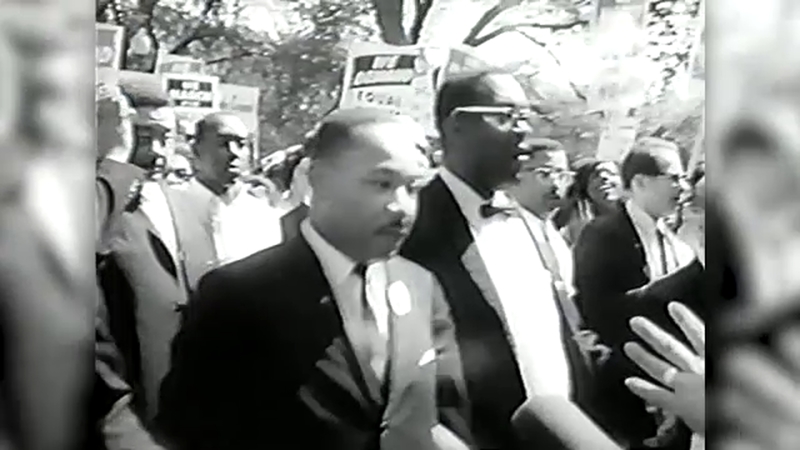 It happened in 1958 when Dr. King was on his way to a book signing when an emotionally disturbed woman stabbed him in the chest with a letter opener.

He was rushed to Harlem Hospital where Dr. Emil Naclerio removed the blade.

Dr. Naclerio's life-saving work was referenced by King in his "I've been to the mountaintop" speech.

That would be the last speech that Dr. King would deliver before his assassination on April 4, 1968.

"The knife was touching his aorta. Like Dr. King said, if he had sneezed or coughed he would have drowned in his own blood," said Ron Naclerio, the son of Emil Nacelrio.

Ron was one of Dr. Nacelrio's family members honored by the NAACP for the doctor's efforts 35 years after his passing.

Dr. Nacelrio was at a wedding with his wife when he got the called and rushed to help King.

"My father quickly assessed the situation. Removed two ribs. Got the knife out, saved his life," said Ron.

But over the next ten years during the height of the civil rights movement, the two men - an unlikely pairing for that time - would become very good friends.

"My father and Dr. King became really, really close because a black from the South and an Italian American from Bushwick, Brooklyn, they talked to each other, they gravitated towards each other," said Ron. "They respected each other."