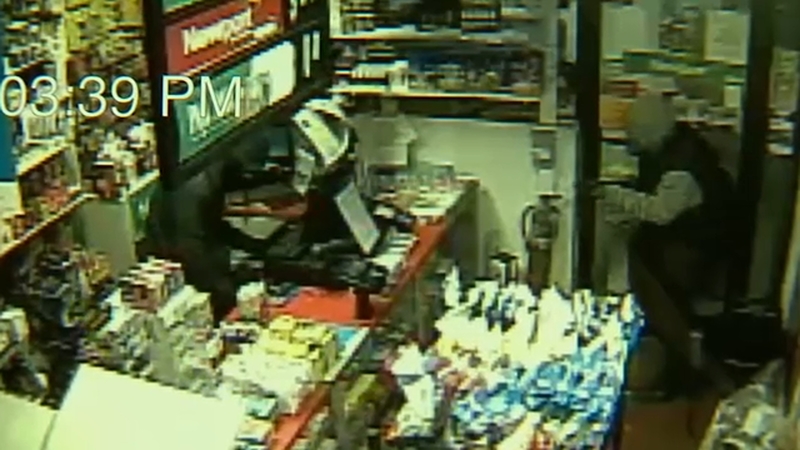 KEARNY, New Jersey (WABC) -- The manager of a New Jersey gas station was beaten by attackers wearing masks and carrying guns in a violent robbery caught on camera.

Surveillance videos shows two masked men barging into the Exxon gas station on Passaic Avenue -- one with a shotgun and one with a glock -- Tuesday night around 11 p.m.

An employee was pistol-whipped and shoved to the ground while the suspects grabbed cash out of the register.

The night manager said he saw it all unfold on security cameras, so he came running out of the back.

The suspects shoved a shotgun in his chest, and that's when he tried to fight back.

"I basically tried to hit the gun's barrel with my right wrist and I was actually able to move that gun barrel to his throat, and in the meanwhile I'm trying to put the struggle, I guess he just pushed me hard and lost my balance and I fall on the ground, and while that happened, he put the barrel of the shotgun on my chest again," Ozzie Shahzad said.

Shahzad said that's when he was pistol-whipped, leaving him with a gash on his head. He says the suspects stole about $1,000 in cash.

"I tried to take over and tried to take his gun which a lot of folks would not suggest doing that but I took that chance," he said.

He said the gas station across the street was hit about two weeks ago in a similar way. Police have not yet released suspect descriptions or said if they believe there is a connection.