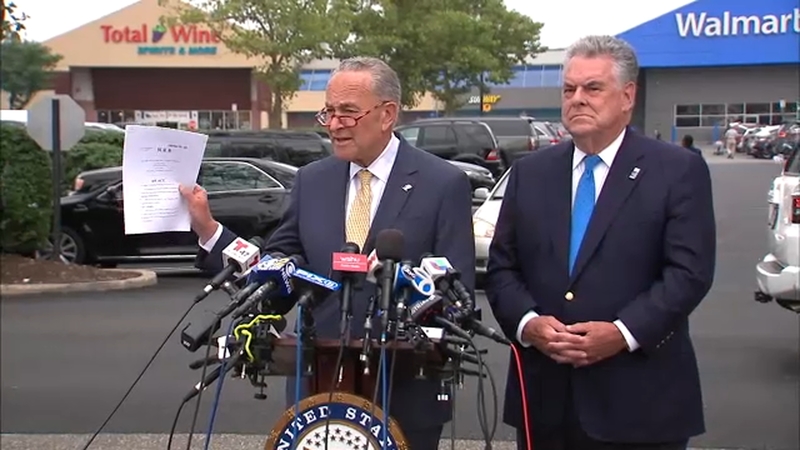 NY lawmakers come together to call for action after mass shootings

WESTBURY, Long Island (WABC) -- Two New York lawmakers who represent both sides of the political aisle are coming together to call for action in the wake of the mass shootings in Texas and Ohio.


They called for passage of a universal gun background check bill that passed the House under King's leadership but remains blocked in the Senate.
Schumer called on President Trump to urge Senate Majority Leader Mitch McConnell to move forward and get the bill passed.

"We're saying to leader McConnell do the right thing, gavel the Senate into emergency session so we can take action on the bi-partisan, already passed piece of legislation," said Schumer.

He said the Senate GOP leader is "blocking gun safety reforms" that more than 90% of Americans support.

The House-passed bill would require federal background checks for all firearms sales and transfers, including those sold online or at gun shows. Another bill allows an expanded 10-day review for gun purchases.

The House approved both bills in February, but they have not come up for consideration in the Republican-controlled Senate.

On Monday President Trump made it sound as if gun control was not his focus. "Mental health and hatred pulls the trigger, not the gun," said Trump.

But a day later, the White House said perhaps the president is reconsidering, that he supports some gun control.