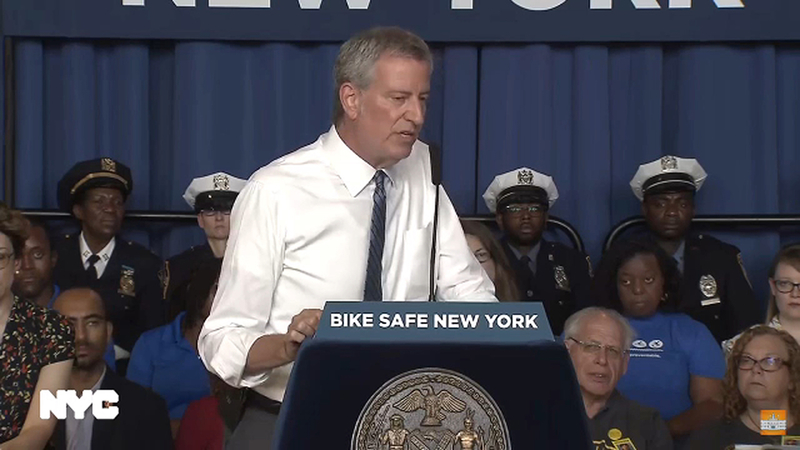 The event featured many of the people who were key to the bill's passage.

The mayor said he was in Washington and asked to attend, reportedly at the last minute.

He said the office of New York Senator Kirsten Gillibrand said no.

"It makes no sense to me," said de Blasio. "My team made very clear that I wanted to go there to honor our first responders and to show appreciation to the members of the Congress for getting this done."

"It's surprising that the mayor still doesn't understand that this event was about the heroes who have fought for 15 years to get this done - not a last minute photo opportunity," an aide in Senator Gillibrand's office told Eyewitness News.

The mayor said, "I find it unbelievable."

The Senate voted 97-2 Tuesday to approve the measure after Democratic Sens. Gillibrand and Chuck Schumer reached an agreement with Republican Sens. Mike Lee of Utah and Rand Paul of Kentucky to bring up the bill with two amendments sponsored by the GOP senators.

Gillibrand and de Blasio are both candidates for the Democratic nomination in the 2020 presidential campaign.