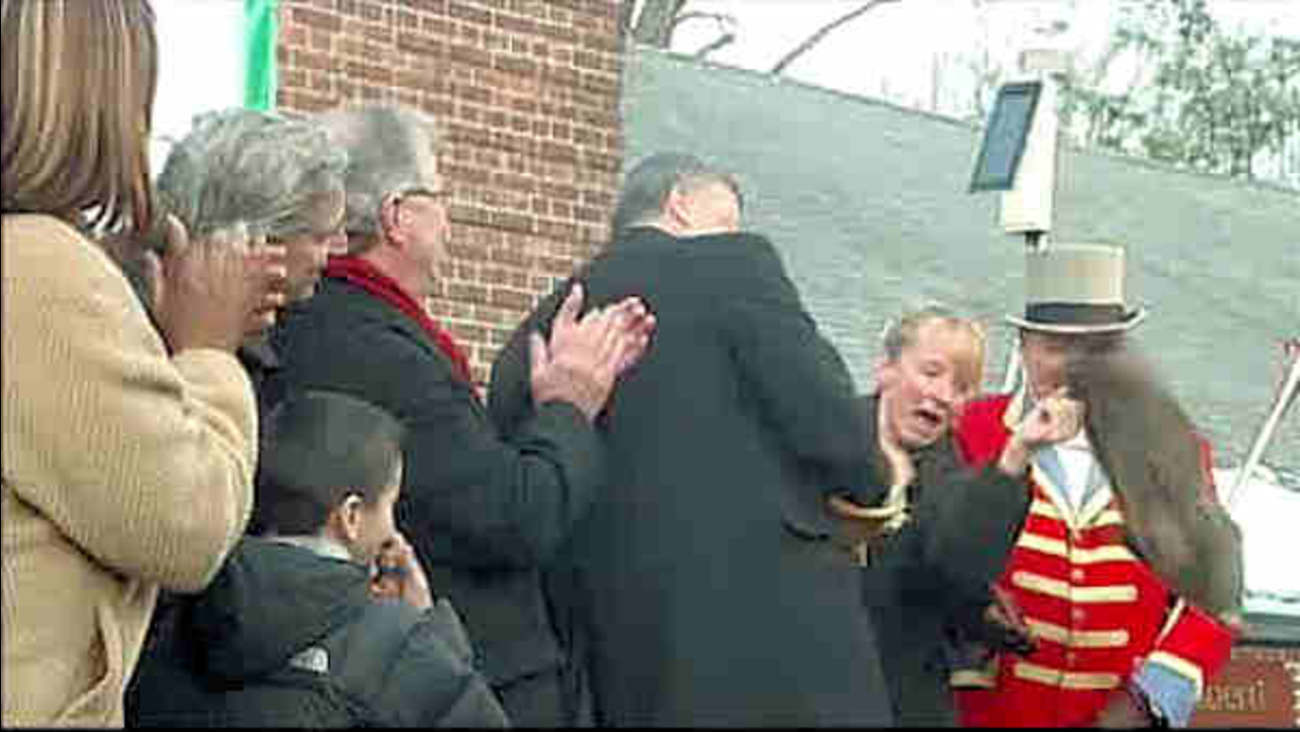 De Blasio, a Democrat, will be in Iowa on Monday to campaign for Hillary Clinton in that state's caucus.

But the mayor joked Thursday that the "groundhogs' union" would be happy that he won't be attending the event. De Blasio dropped the groundhog in 2014, the first year he attended the ceremony while mayor. The groundhog died a few months later.

He attended in 2015, but did not touch the groundhog.

Traditionally, the city's mayor attends the festivities at the Staten Island Zoo and reveals whether or not the groundhog, dubbed Staten Island Chuck, sees its shadow.

After the 2014 death of the groundhog, not Staten Island Chuck but a stand-in named Charlotte, the zoo released the following statement that said:

"As a result of the groundhog unexpectedly climbing out of the Mayor's grasp, the animal was given a complete medical examination by the Staten Island Zoo veterinarian immediately following the incident on February 2, 2014. The examination showed no evidence of trauma or pain, with the animal displaying normal behavior ... A necropsy was performed by the Staten Island Zoo veterinarian, which revealed acute internal injuries. The exact cause of the injuries could not be determined."