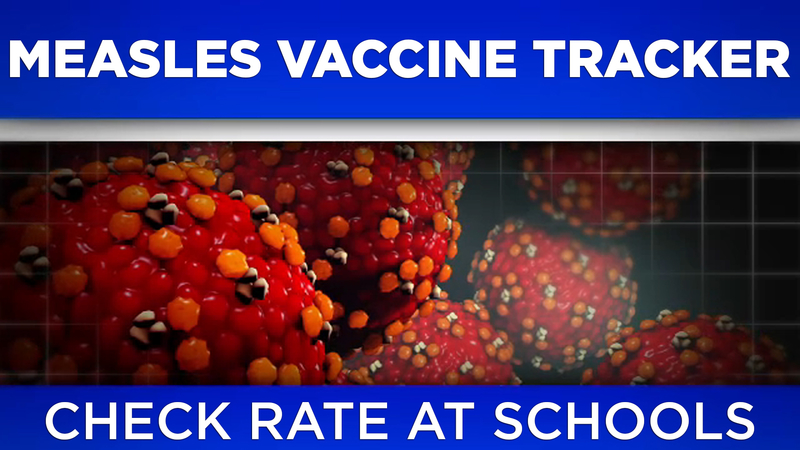 NEW YORK (WABC) -- New York City is climbing out of the worst measles outbreak in the United States in nearly 30 years.

In September, Mayor Bill de Blasio, along with Health Commissioner Dr. Oxiris Barbot, declared an end to the public-health emergency announced in April, warning the threat had not passed.

"There may no longer be local transmission of the measles in New York City, but the threat remains," Dr. Barbot said. "Our best defense against renewed transmission is having a well-immunized city."

The Centers for Disease Control and Prevention attributed the U.S. outbreak to international travelers who brought the virus with them, sickening communities with low vaccination rates.

As of Sept. 12, the CDC had confirmed 1,241 individual cases of the measles, roughly 83% of them in New York, despite previously declaring the measles eliminated from the U.S.

"Measles is very, very contagious, very easily spread from person to person," said Dr. Roberto Posada, an infectious-diseases expert at Mount Sinai. "So, you need high levels of vaccination in a community."

According to the Centers for Disease Control, prior to the development and widespread use of the measles vaccine, millions of people were sickened each year. Many were hospitalized and hundreds died.

In New York City, the Health Department said 95% of those sickened with the measles were unvaccinated, incompletely vaccinated or had an unknown vaccination status.

Additionally, health officials said 80% of the people infected in New York City were under 18 years old.

The World Health Organization recommends a community maintain around a 95% vaccination rate to properly fight off the threat of a measles outbreak.

"That's almost everybody," Dr. Posada said. "It doesn't take a lot of people not vaccinating their children for that rate to fall below 95%, and then the whole community is at risk."

In response to the recommendation that communities maintain a 95% vaccination rate, 7 on Your Side Investigates teamed up with ABC Owned Television Stations from coast to coast in a data investigation "The Return of the Measles" to identify communities, and specific schools, around the country where vaccination/immunity rates had dipped below 95% leading up to the recent outbreak.

Using data provided by the departments of health and education in New York, New Jersey and Connecticut, 7 On Your Side Investigates examined immunization and exemption rates in the tri-state area for the measles vaccine at the school, district and county level and made that information available in an interactive map.

RELATED: New York parents plan to challenge vaccination deadline | 7 On Your Side Investigates

In New York, we found an increasing number of students obtaining religious and medical exemptions from immunization between the 2010-11 and 2017-18 school year, the latest year for which data was available.

"I just believe they are born with a God-given immune system and I believe it is sacred and that it should not be interfered with by man or toxic chemicals," said Cathy Orofino, whose three boys held religious exemptions from immunization until the 2019-20 school year, when a new state passed in response to the outbreak took effect eliminating exemptions for anything other than medical necessity.

According to data from the New York State Department of Health, the number of students with religious exemptions in the 2017-18 school year climbed to 26,627, a nearly 90% increase from the 2010-11 school year.

The number of students with medical exemptions also climbed to 4,571, a 36% increase.

In New Jersey, one out of every three schools responding to a yearly, nationwide School Immunization Survey reported vaccination rates below 95%.

In Connecticut and New York, just over one in 10 schools reported vaccination rates below 95%.

In Rockland County and Brooklyn, two areas predominantly impacted by the outbreak, the number of schools dipping below a 95% vaccination rate was higher than the New York state average.

RELATED: 7 On Your Side Investigates unvaccinated students quarantined in New York schools

"It's terrifying," said Cheryl Apostle, a mom of two full-vaccinated children just entering school. "As much as you want to protect them from everything, you are so limited and illness is part of that. This is one of those things where I still have some element of control and so I'm going to do whatever I can. We don't understand, if you can vaccinate, why wouldn't you? To us, it's a no brainer."

Note: Comparing schools across the tri-state proved difficult. We had to rely on data from the 2017-18 school year, the only school year with comparable data provided by all three states.

New York City reports public-school vaccination rates by borough and despite repeated requests did not release individual school data to Eyewitness News. Rates for public schools by borough are indicated in the interactive map.

New Jersey reported vaccination rates by county. Those numbers are indicated in the map as well.

A state health department website does allow for a school-by-school search of specific municipalities, but due to time constraints and the desire to provide this information as quickly as possible, we were unable to obtain individual data for all schools. The specific schools we were able to obtain information for are included in the map.

Because the data provided by state officials in many cases is based on rates, comparisons across jurisdictions are estimates.