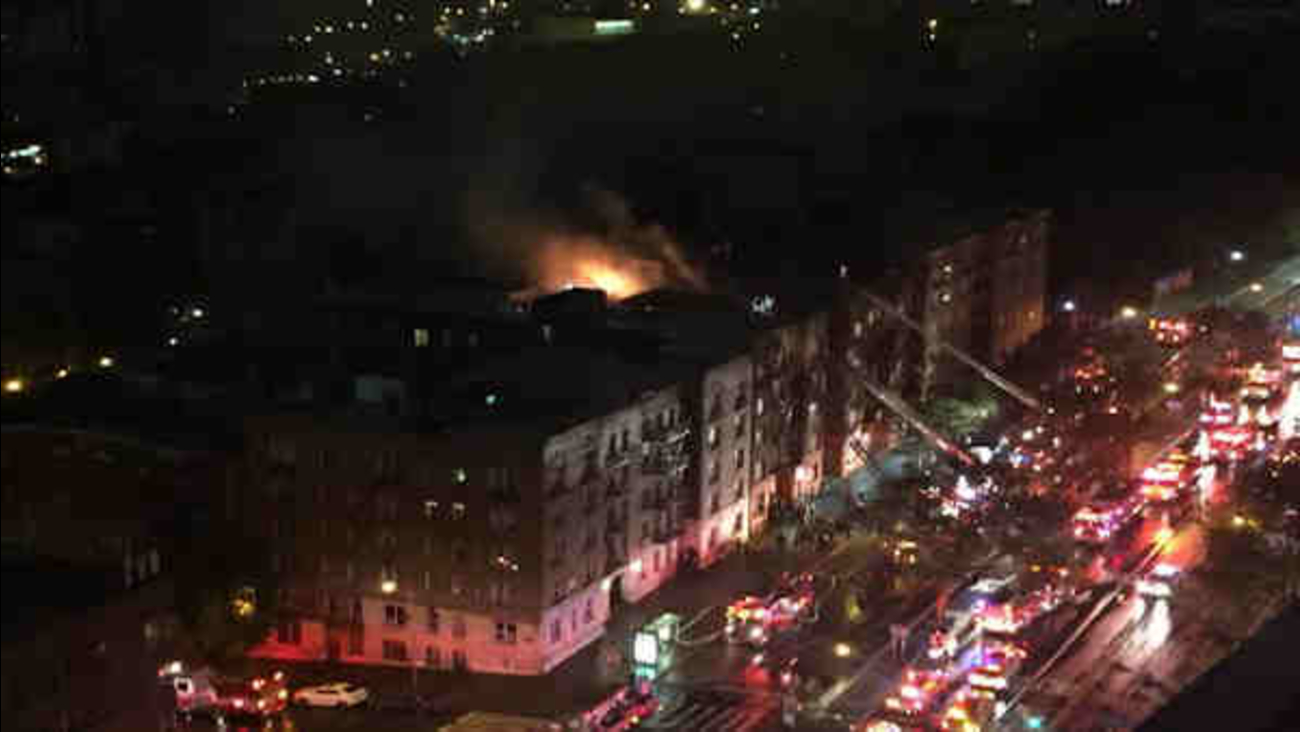 BRONX, N.Y. (WABC) -- A four-alarm fire that burned through an apartment building in the Melrose section Wednesday was caused by an electrical problem.

The fire tore through four or five apartments on the fifth floor of an apartment building in the 1000 block of Grand Concourse. It then spread through the roof.

The wiring that caused the fire was in the cockloft of the building.

All 53 apartments in the building were evacuated and cannot be occupied.

Red Cross staff and volunteers are on the scene of a fire. Currently, the Red Cross is responding to those with emergency needs.

One resident sustained minor injuries. Two firefighters are being checked out.