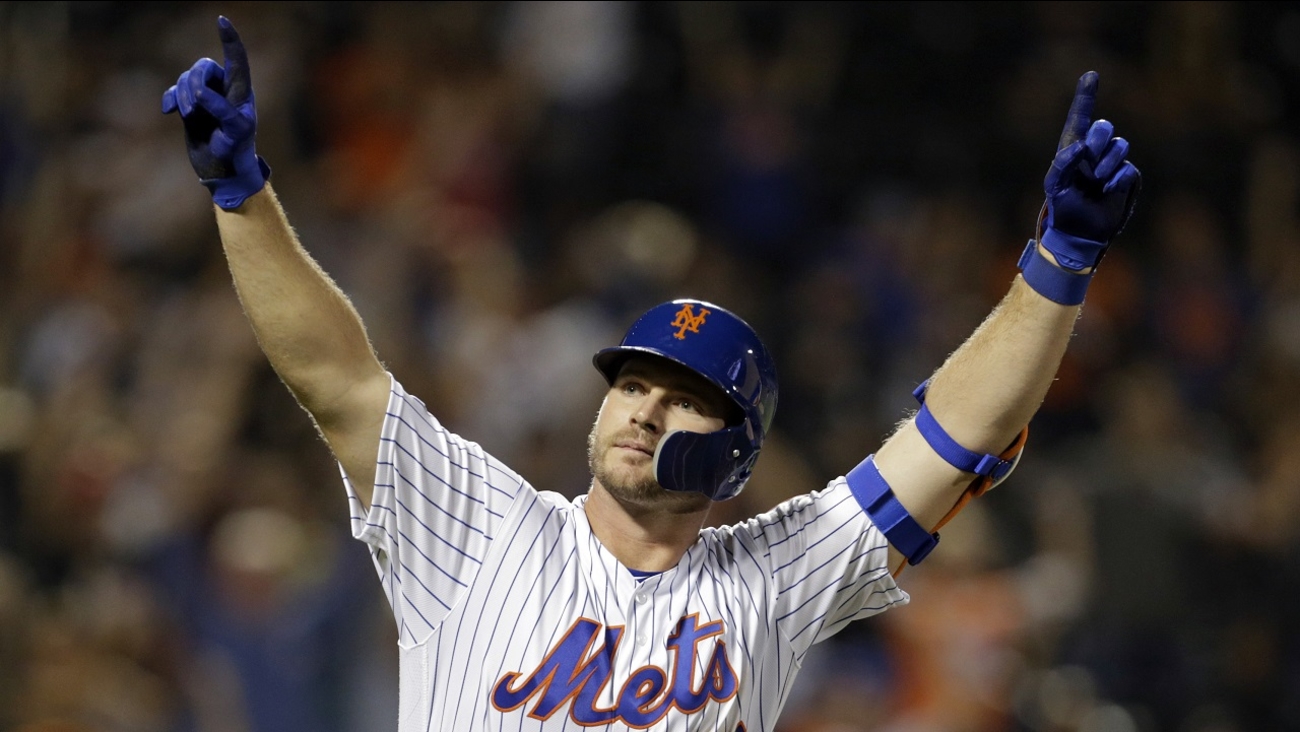 Alonso hit a 93 mph fastball on a 1-2 count from Atlanta starter Mike Foltynewicz just to the right of straightaway center field on Saturday night. The solo shot gave New York a 3-0 lead in the third inning.

Overcome with emotion, Alonso had tears in his eyes when he went to first base in the fourth inning.