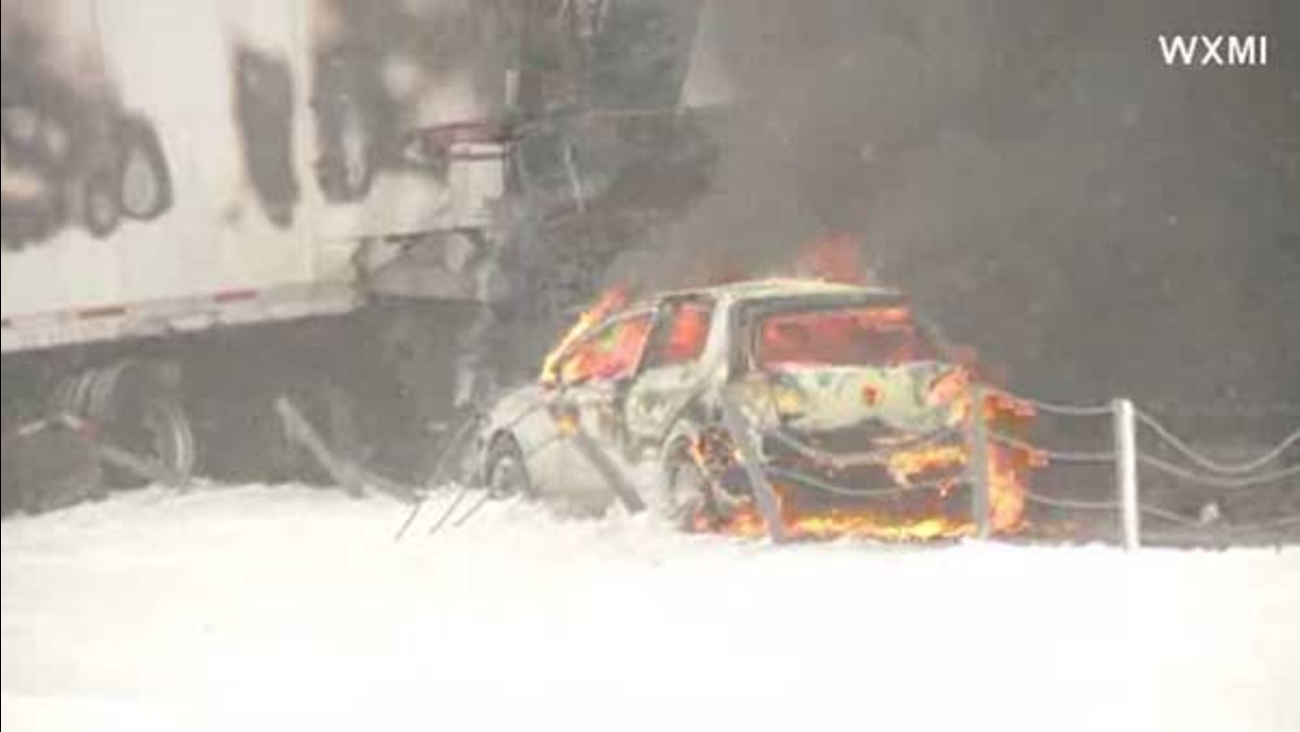 GALESBURG, Michigan -- One person was killed in a crash involving as many as 90 vehicles on both sides of Interstate 94 in southwestern Michigan.


Inspector Tracey McAndrew said there were some vehicle fires as a result of the pileups, but that he has no other details. Seventy vehicles were involved in the westbound lanes and 20 were in the eastbound lanes.

One of the trucks involved was hauling fireworks.

The crashes were located between mile markers 88 and 92 in eastern Kalamazoo County, shutting down the I-94 in both directions.

People who were not injured were taken to warming centers.