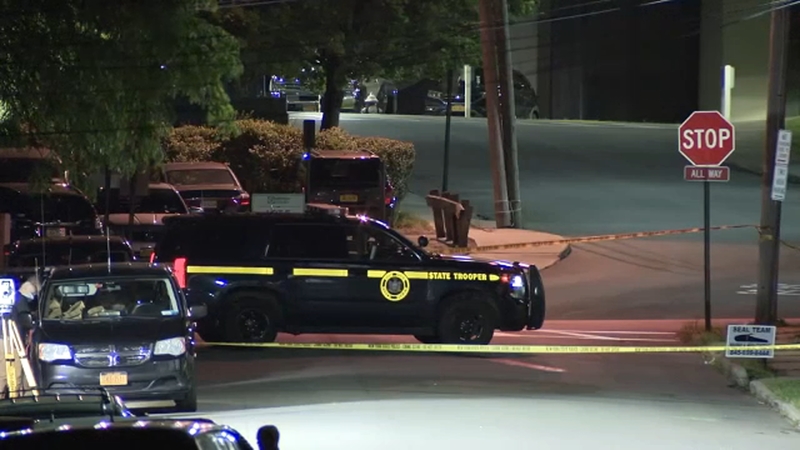 MIDDLETOWN, New York (WABC) -- A Middletown police officer was shot and wounded after exchanging gunfire with a suspect in New York.

The incident happened Saturday night at around 7:30 following reports of a domestic dispute at a home on Myrtle Avenue.

According to the police report, when he got there, the officer was shot and then returned fire.

The suspect also was wounded.

Both were taken to a local hospital where their conditions are unknown.