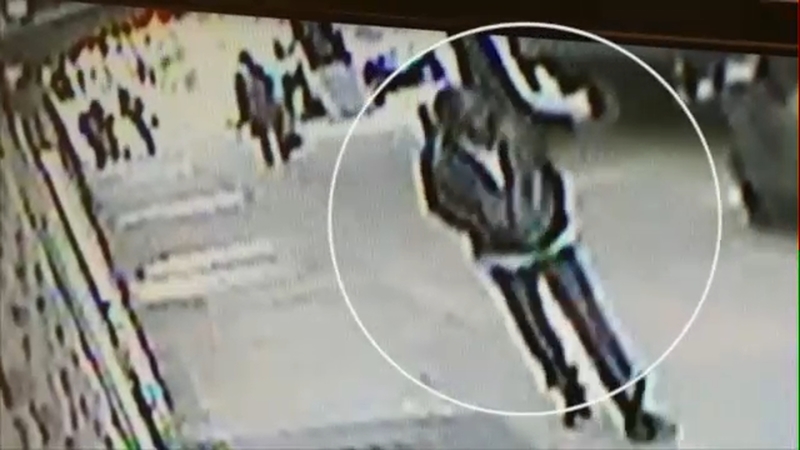 Police said the suspect first attacked a woman outside of a laundromat near 10th Avenue and West 46th Street at around 7 a.m.

Surveillance video obtained exclusively by Eyewitness News shows the suspect viciously kicking the 37-year-old woman. She had been heading to work before the attack.

"Are you going to make fun of me now?" he asked as he attacked.

The second victim, a 59-year-old man, told Eyewitness News the suspect then walked away from the woman, picked up a metal box and attacked him.

"He comes at me with that box ... he hit me, and I don't know what happened after that," said the victim, identifying only as "Kevin."

Someone had called 911, and responding officers arrested 27-year-old Methias Edward of Washington D.C.

He was charged with felony assault for the metal box attack and assault.

Neither of the victims went to the hospital, but Kevin said he's terrified after the incident.