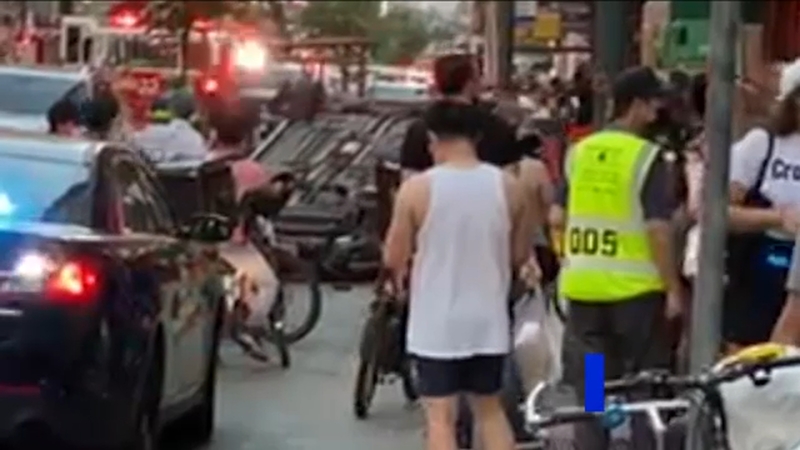 MIDTOWN (WABC) -- A chaotic scene played out in Midtown after a hit-and-run driver collided with a pedicab.

It happened just before 8 p.m. Sunday on 48th Street and 8th Avenue.

Police say after striking the pedicab, the driver, who is believed to be in his 20s, fled the scene.

He later flipped his vehicle after hitting a parked car about 8 blocks away and was taken into custody by police.

Two people were hurt including the pedicab driver, who refused medical attention.

The condition of the injured people is not yet known and charges are pending against the driver.