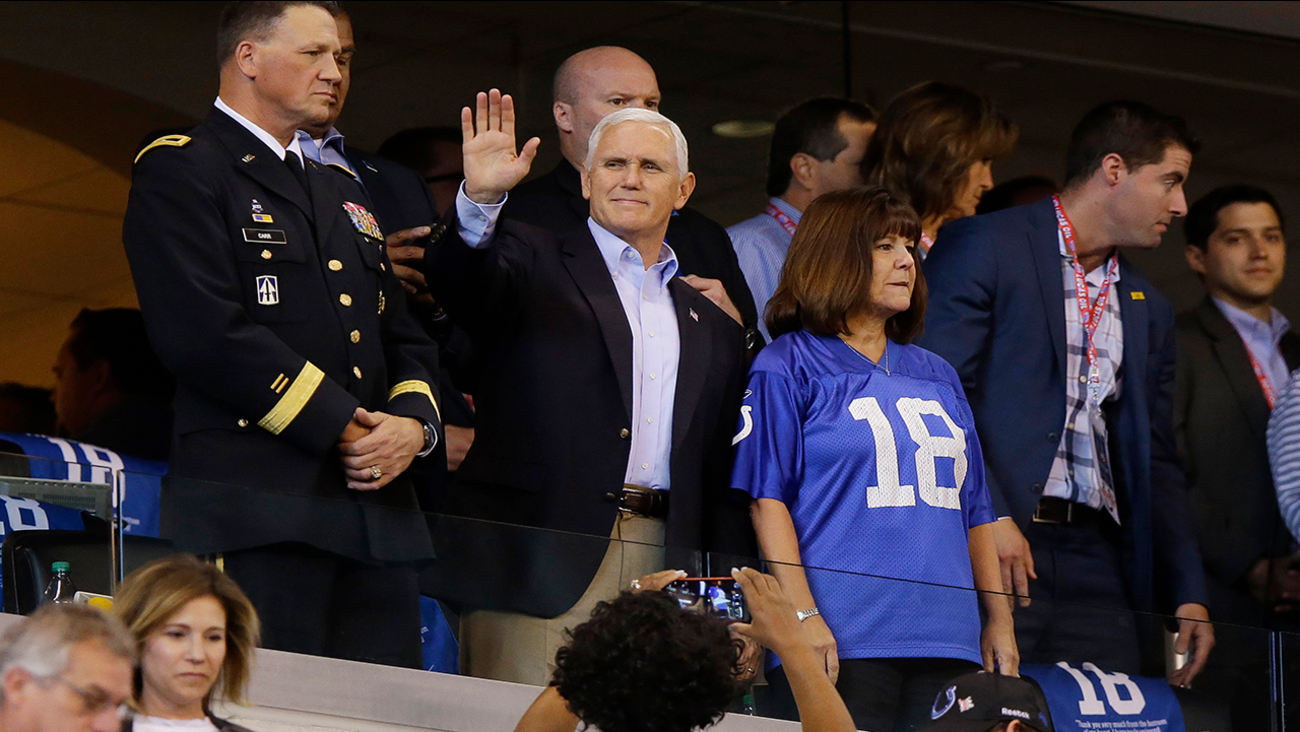 Vice President Mike Pence waves to fans before a game between the Colts and the 49ers, Sunday, Oct. 8, 2017, in Indianapolis. (AP Photo/Michael Conroy)

INDIANAPOLIS, Indiana -- Vice President Mike Pence has left the 49ers-Colts game after about a dozen San Francisco players took a knee during the national anthem.

The former Indiana governor flew in so he could watch Peyton Manning's jersey retirement ceremony on Sunday. But Pence didn't stick around long.

Pence said on Twitter: "I left today's Colts game because POTUS and I will not dignify any event that disrespects our soldiers, our Flag, or our National Anthem."

We were proud to stand - with all our @Colts - for our soldiers, our flag, and our National Anthem 🇺🇸 pic.twitter.com/mkZiKMkPDD

The White House also issued a statement from Pence, in which he says Americans should rally around the flag. Pence said: "I don't think it's too much to ask NFL players to respect the Flag and our National Anthem."

Pence is a noted sports fan and it's second major event he's attended in his home state since taking office in January. He also attended May's Indianapolis 500, a family tradition.

Manning will become the first Indianapolis-era player in Colts history to have his number retired and will also be inducted into the team's Ring of Honor.

Pence flew in on Saturday after a statue of Manning was unveiled, an event attended by a number of luminaries including NFL Commissioner Roger Goodell.