California father allegedly killed boy to get back at ex-wife 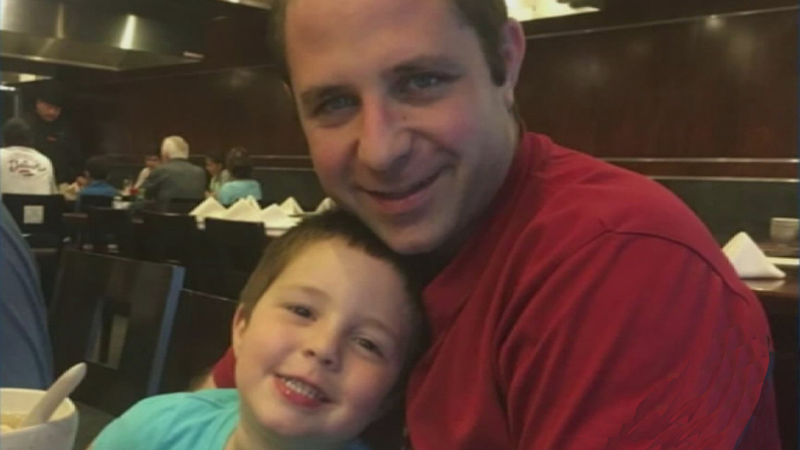 DOWNTOWN LOS ANGELES -- Authorities believe that a South Pasadena father killed his 5-year-old son to get back at his ex-wife, calling the alleged murder pre-planned.

Officials also said the 35-year-old intended to kill himself when he was found passed out near his gasoline-soaked car on April 21.

Aramazd Andressian Sr. remained in custody following his arrest in Las Vegas on Friday, L.A. County Sheriff's Department officials said at a news conference. He was being held on $10 million bail.

Sheriff Jim McDonnell said the elder Andressian was arrested in Nevada because he was "becoming a flight risk." Investigators say that before his arrest in Las Vegas, he was socializing and behaving in a way not consistent of a grieving father.

"He had significantly attempted to change his appearance by shaving his beard and dying his hair," said Detective Joe Mendoza, with the L.A. County Sheriff's Department. "We further believe he was making plans to flee the country to a location where he could not be extradited."

Aramazd Andressian Jr., whose body has not been found, was last seen in person when his mother handed him off to her estranged husband for a scheduled visit on April 15.

Investigators would not reveal what new evidence led them to suspect the boy's father, but they believe Andressian killed his son in the early morning hours of April 21 after the boy left Disneyland. Investigators say the murder was premeditated.

"He has not been cooperative whatsoever," Mendoza said. "As a matter of fact, he has given us information in interviews that were untruths."

Asked about a possible motive for the killing, Mendoza said: "A tumultuous divorce that they were going through at the time."

A statement was read aloud at the press conference from the boy's mother, Ana Estevez.

"It is with deepest and most profound sadness that I want to thank the L.A. County Sheriff's Department, along with the many other agencies and volunteers who have worked and will continue to work diligently to find my son Picqui. In a presentation to the South Pasadena City Council, I shared that it only takes 30 seconds to fall in love with my son. Although most have never met Picqui, it is immensely clear that he has touched your lives in a positive and heartfelt way. My heart is shattered and I will miss my son immensely each and every second of every day for the rest of my life. Picqui was everything great in my life, and I cannot imagine the emptiness and the void that I will bear until we are together again someday. I am eternally grateful for detectives, family, friends and volunteers who loved my Picqui as much as I do."
EMBED More News Videos

"My heart is shattered," the mother of 5-year-old Aramazd Andressian, who was allegedly murdered by his father, said in a statement that was read at a news conference Monday, June 26, 2017.

Despite not finding a body, detectives and the DA's office believe there is enough evidence for a conviction. If convicted as charged, the suspect faces a sentence of 25 years to life in prison, District Attorney Jackie Lacey said.