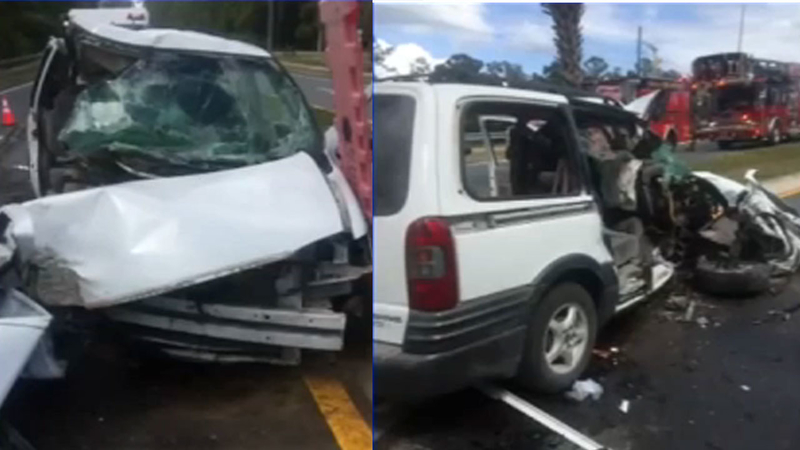 Mom accused of trying to kill kids by crashing into tree

OCALA, Florida -- A mom is accused of trying to kill her kids by driving into a tree, according to police.

Authorities told WJXT that 36-year-old Calicia Williams was driving with her four kids, when she told them to unbuckle their seatbelts and stretch their hands forward before crashing.

First responders say Williams rambled and told them her husband put a voodoo hex on her.

"I was in complete shock of how this could ever happen. She is one of the nicest people I have ever met. She works really hard and she takes very good care of her kids," a friend of Williams said.

Williams' daughter reportedly told authorities that right before the crash her mother said, "the devil can't hurt you, he only hurts bad people. You have the light of Jesus in you and only Jesus can cure you."

After the crash, Williams allegedly uttered she had marijuana in her system.

Police say the four children, who are between the ages of 7 and 13 years old, are in stable condition.