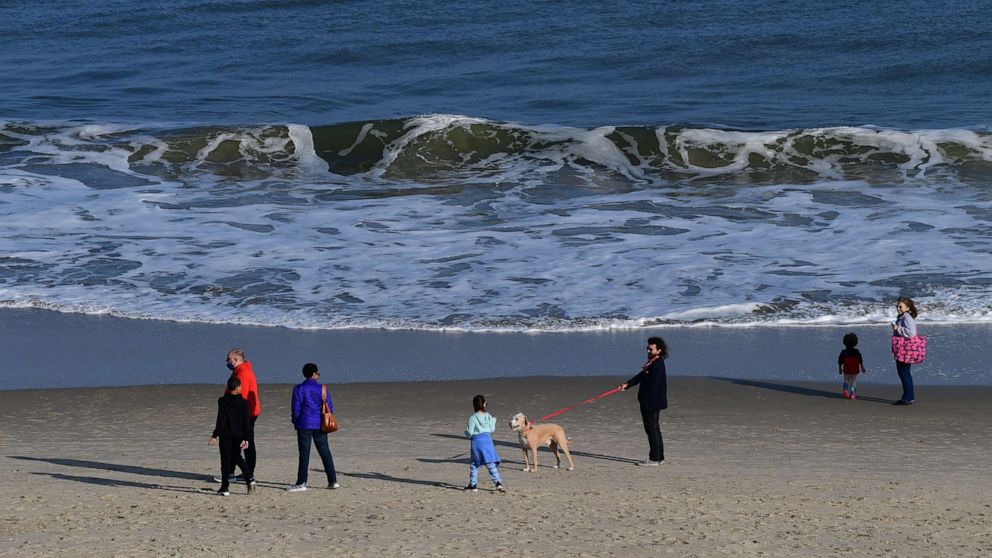 More than 130,000 customers are without power Monday evening along the East Coast after a major storm hit the region.

At 3:20 p.m. ET, a tornado-producing storm was located near Goldsboro, Delaware, moving northeast at 40 mph, the NWS said.

A tornado watch has been issued for the Mid-Atlantic through 7 p.m. Monday, with the threat of damaging winds and isolated tornadoes for Washington D.C., Baltimore, Philadelphia and southern New Jersey.

Heavy rain and gusty winds will be spreading across the Northeast through the rest of the day. Some flooding is possible and wind gusts could reach 50-60 mph, especially along the coast.

By Tuesday morning and into the afternoon, the rain will be completely cleared out along the East Coast with some leftover snow showers for parts of the eastern Great Lakes, from Pittsburgh to Cleveland to Buffalo, New York.

Earlier, the storm system moved through the South over the weekend and into the early Monday morning hours and produced a possible tornado near Tallahassee, Florida, with reports of some damage.

More than a half a foot of rain fell in eastern Texas, producing flash flooding in the Houston metro area.

The center of the storm system moved through the southern Appalachian Mountains Monday morning, spreading heavy rain into the Mid-Atlantic with thunderstorms, damaging winds and even a tornado threat for the Southeast.

On the back side of this large storm system, it is turning much colder with snow and the heaviest snow will be from Ohio into western Pennsylvania and New York, where locally a foot of snow is possible.

Some of the snow will work its way down to the mountains of North Carolina, where more than a half a foot of snow is possible and a Winter Storm Warning has been issued from western New York to North Carolina.
Report a correction or typo
Related topics:
abc newsnational
Copyright © 2022 ABC News Internet Ventures.
TOP STORIES
Burglary suspect dies after police shooting in Bronx
18-year-old taking groceries to grandma killed by stray bullet in NJ
American Airlines flight turned around over maskless passenger
Watch NatGeo documentary 'The First Wave' free for 48 hours
10-year-old child struck by vehicle in Queens; Driver in custody
Teachers union says LI district not enforcing mask mandate
Long Island high schooler bowls perfect game 2 weeks after 299
Show More
Bronx DA to man who shot baby: 'You're not going to get away with it'
AccuWeather: Frigid Friday
FBI issues new warning on QR codes
Bob Saget's widow reflects on comedian's last days
NJ could drop school mask mandate this year, Murphy says
More TOP STORIES News