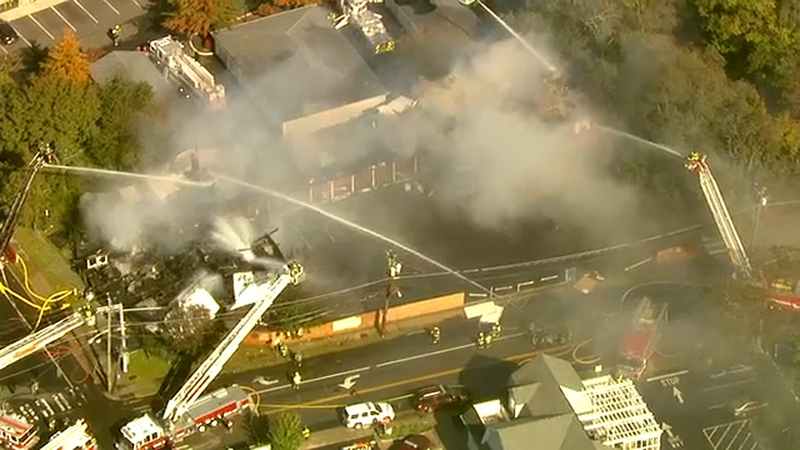 The flames broke out around 10:30 a.m. at the Sayonara Motor Inn on Broadway in North Amityville.

Much of the structure collapsed, forcing firefighters to fight the blaze externally.

The business has been closed since late 2014, when one person was killed in another fire.

That victim was identified as 56-year-old Kevin Furey. Several other people had to be rescued.

No one was injured in the fire Thursday, and it does not appear anyone was inside at the time.

The current owner of the property, Bharat Ghandi, bought it after the fire. According to his attorney, Vincent Ansanelli, Ghandi was planning to invest $2 million to renovate the property and was supposed to present renovation plans to the town of Babylon in two weeks.

"At this point, I'm not sure where that's going to leave his extensive plans to redo the property," Ansanelli said. "There's going to be a lot of unfortunate additional work and thinking that's going to have to go into it."

Kimberly Bethea's mother lives in a senior apartment building next door, where approximately 1,000 residents had to be evacuated to the clubhouse on the property.

"I got a phone call, so then I immediately called my mother," Bethea said. "She said, 'Yeah I saw the flames. I called the cops.' I said OK, and then I get word that all those people on that particular stretch were being evacuated."

Northbound Route 110 was closed between Natalie Avenue and Brefnie Street, and access was also suspended to Route 110 from the Southern State Parkway.