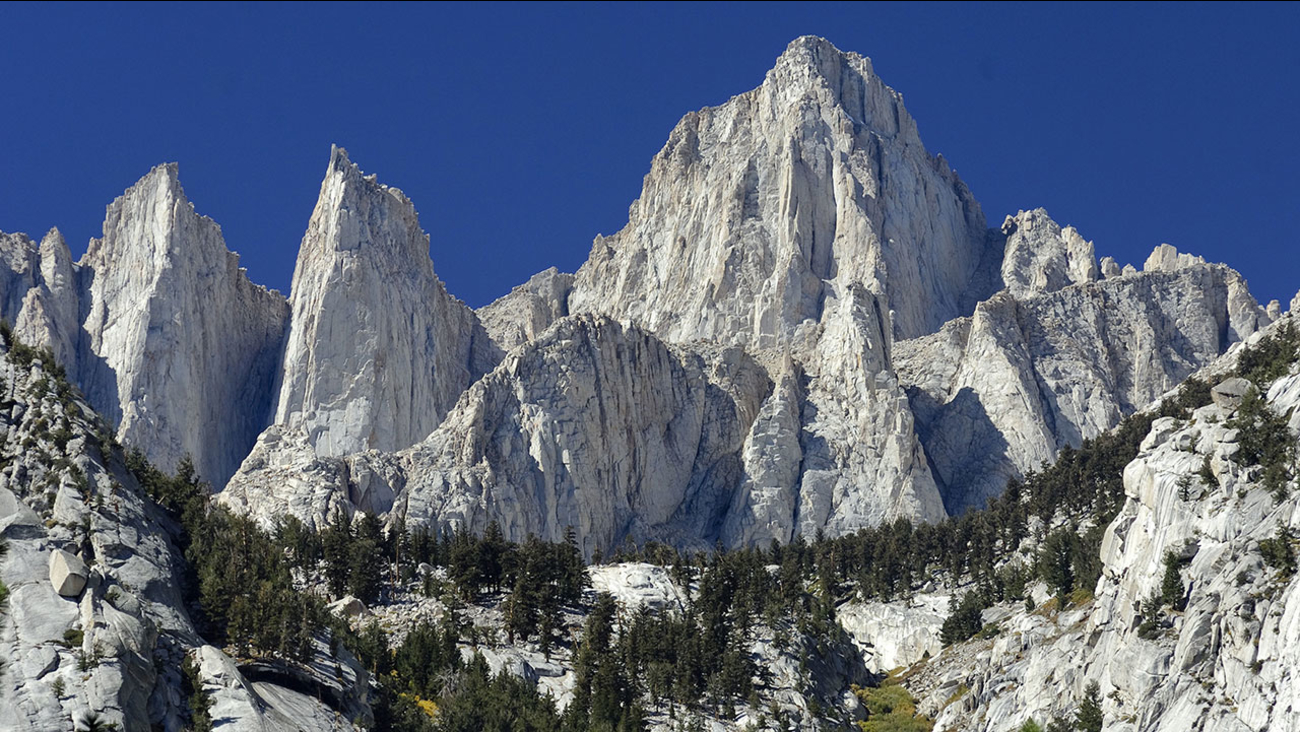 FRESNO, Calif. -- The National Park Service said icy conditions led to the death of a hiker from New Jersey on Mount Whitney and another hiker on the Lakes Trail near Lodgepole.

On Saturday, May 5th, two people hiking on Mount Whitney told rangers they had found a couple of ice axes and what appeared to be a blood trail leading to a body about 1,500 to 2,000 feet below the axes. The same day, two other people reported that their friend had not returned from a solo summit attempt via the Mountaineers Route.

FILE: Skiers on their way toward the Pear Lake cabin in Sequoia National Park in 2015.

On Sunday, the Rangers recovered the body of 29-year-old Eric Juliani of New Jersey. Authorities said the route he was on is still covered in snow and ice.

The second fatality was reported on Sunday, May 13th after a hiker had fallen from the Watchtower section of the Lakes Trail. The National Park Service says 29-year-old Anton Dokov of San Diego slipped on the ice and snow and slid over a cliff while hiking to Pear Lake.

It took rangers two days to retrieve his body as icy conditions forced them to turn around during their initial recovery effort.

"Although we're getting warmer weather in the valley, conditions at higher elevations are still very cold with snow and ice. Even the most experienced hikers with the best gear can encounter challenges in these conditions," said Chris Trotter, U.S. Park Ranger.