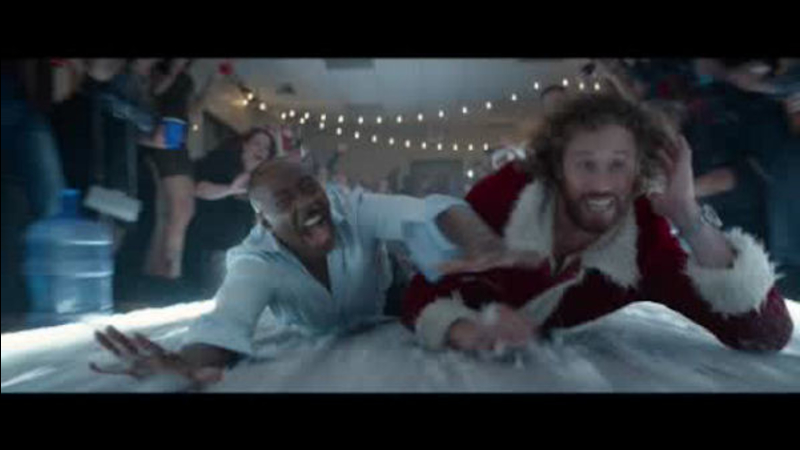 If you're looking to take a break from holiday shopping to have a few laughs, you could do worse than "Office Christmas Party," which opens this weekend. Still, it's not as funny as it could've been given the cast and crazy premise.

The office Christmas party was once a raucous affair, but companies have used the Great Recession as an excuse to eliminate many of them. The ones that still exist are toned down, made more politically correct by corporate drones like the one Kate McKinnon plays.

As the movie begins, the boss, played by Jennifer Aniston, is trying to shut down a division of a company run by her brother.

T.J. Miller and Jason Bateman's characters decide to throw a bash to try and impress a potential client, played by Courtney B. Vance.

Vance has won a Tony on Broadway and an Emmy on television for his dramatic acting. So it's fun to watch him cut loose.

Inspired casting, especially among the supporting players, and a party that is truly epic, help disguise a thin story.

However, too much time is spent explaining the mechanics of why the event must happen.

The comedy is rated "R" for really raunchy and plenty of mayhem, but the picture just is not as funny as it should have been given the talent involved and their willingness to really go for it.
Related topics:
arts & entertainmentnew york citymoviesmoviemovie theatermovie reviewchristmas
Copyright © 2022 WABC-TV. All Rights Reserved.
TOP STORIES
Suspect paced train before fatally shooting man on Q train: police
3 people killed in crash near catering hall on Long Island
Celebrate Israel Parade to kick off in NYC with heightened security
AccuWeather Alert: Still steamy
Buffalo mass shooting victims laid to rest one week after tragedy
Heat Advisory issued ahead of possible record-breaking temperatures
78,000 pounds of infant formula arrives in US
Show More
NJ police impose curfew after large party gets out of hand
Suspect breaks into NYC apartment, stabs man to death
Empire State Building lit to honor Notorious B.I.G.'s 50th birthday
Fate of 2,500 Ukrainian POWs from steel plant stirs concern
Biden pushes economic, security aims as he ends South Korea visit
More TOP STORIES News