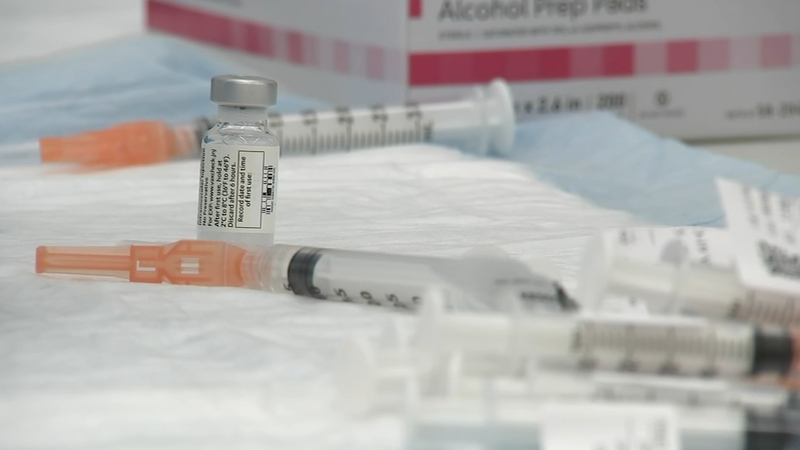 Now proven with COVID, mRNA could lead to AIDS vaccine

NEW YORK -- When the final Phase 3 data came out last November showing the mRNA vaccines made by Pfizer/BioNTech and Moderna were more than 90% effective, Dr. Anthony Fauci had no words. He texted smiley face emojis to a journalist seeking his reaction.

This astonishing efficacy has held up in real-world studies in the US, Israel and elsewhere. The mRNA technology -- developed for its speed and flexibility as opposed to expectations it would provide strong protection against an infectious disease -- has pleased and astonished even those who already advocated for it.

The messenger RNA, or mRNA, platform may be new to the global public, but it's a technology that researchers had been betting on for decades. Now those bets are paying off, and not just by turning back a pandemic that killed millions in just a year.

This approach that led to remarkably safe and effective vaccines against a new virus is also showing promise against old enemies such as HIV, and infections that threaten babies and young children, such as respiratory syncytial virus (RSV) and metapneumovirus. It's being tested as a treatment for cancers, including melanoma and brain tumors. It might offer a new way to treat autoimmune diseases. And it's also being checked out as a possible alternative to gene therapy for intractable conditions such as sickle cell disease.

Moderna is seeking full FDA approval for its COVID-19 vaccine as Anheuser-Busch is giving away free beer once 70% of U.S. adults are partially vaccinated.

The story of mRNA vaccines dates back to the early 1990s, when Hungarian-born researcher Katalin Kariko of the University of Pennsylvania started testing mRNA technology as a form of gene therapy. The idea is similar whether scientists want to use the mRNA molecule to cure disease or prevent it; send instructions to the cells of the body to make something specific.

Researchers like to use a cookbook analogy. The body's DNA is the cookbook. Messenger RNA is a copy of the recipe -- one that disappears quickly. In the case of genetic disease, it can be used to instruct cells to make a healthy copy of a protein. In the case of mRNA vaccines, it's used to tell cells to make what looks like a piece of virus, so the body produces antibodies and special immune system cells in response.

The recipe disappears while the cooked product -- the body's immune response -- lasts.

Kariko was unable to drum up much interest in this idea for years. But for the past 15 years or so, she's teamed up with Dr. Drew Weissman, an infectious disease expert at Penn Medicine, to apply mRNA technology to vaccines. Since scientists started focusing on the threat of a pandemic caused by a new influenza or coronavirus, they've recognized the promise of mRNA vaccines for quickly turning around a pandemic vaccine.

"If you want to make a new influenza vaccine using the traditional methods, you have to isolate the virus, learn how to grow it, learn how to inactivate it, and purify it. That takes months. With RNA, you only need the sequence," Weissman told CNN.

They did not even need a sample of the virus itself.

"When the Chinese released the sequence of the SARS-CoV-2 virus, we started the process of making RNA the next day. A couple weeks later, we were injecting animals with the vaccine."

Although it sounded revolutionary, the idea was far from new to Weissman, Kariko and others.

"In my lab, we have been working on vaccines for years. We have five Phase 1 clinical trials that we started before Covid hit," said Weissman, whose work with Kariko helped lead to Pfizer/BioNTech's coronavirus vaccine.

"They been delayed because of the pandemic. The plan is to complete them next year."

Two of these experimental vaccines target influenza, including one Weissman hopes will be a so-called universal influenza vaccine -- one that will protect against rapidly mutating strains of flu, and perhaps offer people years of protection with a single shot, eliminating the need for fresh immunizations each flu season.

They are also working on two vaccines against the human immunodeficiency virus, or HIV, that causes AIDS, and one to prevent genital herpes.

Another possible target: respiratory syncytial virus. RSV infects most people in babyhood, and it can put fragile infants into the neonatal intensive care unit (NICU). It kills an estimated 100-500 children a year, the US Centers for Disease Control and Prevention estimates -- but it kills an estimated 14,000 adults, mostly over age 65.

"It infects everyone by age 2," said Jason McLellan, a structural biologist and Robert A. Welch Chair in Chemistry at The University of Texas at Austin whose work underlies several coronavirus vaccines.

One obstacle will be finding the best version of the viruses. McLellan specializes in finding just the right conformation of the target viral structures that will allow the human immune system to best recognize and build defenses against them.

GlaxoSmithKline and Pfizer are both working on that, he said. A different common cold virus called human metapneumovirus, which can cause pneumonia in adults and children alike, is another potential target for a vaccine, McLellan said.

Again, ongoing work helped speed development of coronavirus vaccines, McLellan said. In this case, work on the original 2003-2004 severe acute respiratory syndrome, or SARS, virus and Middle East respiratory, or MERS, virus helped researchers understand which version of the knoblike structure found on the outside of the virus, called the spike protein, to use in making vaccines. "We figured out how to stabilize coronavirus spikes back in 2016, so we had all the knowledge ready when Covid-19 emerged," McLellan said.

It was ready to go "within hours," he said.

Other potential vaccines include malaria, tuberculosis and rare viruses such as Nipah virus, Weissman said -- all made more possible by the mRNA technology. Effective vaccines against these infections have eluded scientists for various reasons.

Weissman's lab is now working on a universal coronavirus vaccine that would protect against Covid-19, SARS, MERS, coronavirus that cause the common cold -- and future strains.

"We started working on a pan-coronavirus vaccine last spring," Weissman said. "There have been three coronavirus epidemics in the past 20 years. There are going to be more."

And the mRNA vaccines work very well. "We knew in mice and monkeys and rabbits and pigs and chickens that it was very potent," Weissman said. The Pfizer vaccine, he said, produces an antibody response that is five time bigger than what's seen in people who have recovered from infection.

President Joe Biden announced a "month of action" on Wednesday to get more shots into arms before the July 4 holiday.

Another obvious use for mRNA technology is to fight cancer. The human body fights off cancer every day, and using mRNA could help it do so even better.

"You can use it to have your body produce a beneficial molecule," McLellan said.

Different tumor cell types have various, recognizable structures on the outside that the immune system can recognize. "You can imagine being able to inject someone with an mRNA that encodes an antibody that specifically targets that receptor," McLellan said.

"We identify mutations found on a patient's cancer cells," the company says on its website. Computer algorithms predict the 20 most common mutations. "We then create a vaccine that encodes for each of these mutations and load them onto a single mRNA molecule," Moderna says. That's injected into the patient to try to help orchestrate a better immune response against the tumors.

This is early, Phase 1 clinical research.

BioNTech founders Ugur Sahin and Ozlem Tureci also had cancer vaccines in mind from the beginning. The company has eight potential cancer treatments in human trials. "While we believe our approach is broadly applicable across a number of therapeutic areas, our most advanced programs are focused on oncology, where we have treated over 250 patients across 17 tumor types to date," the company says on its website.

Current treatments are crude and involve tamping down specific areas of the mistaken immune response -- something that can leave patients with autoimmune disease such as lupus or rheumatoid arthritis vulnerable to infection.

BioNtech has been working with academic researchers to use mRNA to treat mice genetically engineered to develop a disease similar to multiple sclerosis -- an autoimmune disease that starts when the immune system mistakenly attacks the myelin, a fatty covering of the nerve cells.

In the mice, the treatment appeared to help stop the attack, while keeping the rest of the immune system intact.

The idea behind gene therapy is to replace a defective gene with one that works properly. Despite decades of work, researchers haven't had much success, with the exception of certain immune deficiencies and some eye diseases.

It's difficult to find a vector to carry the corrected gene into cells without causing side-effects, and in a way that lasts.

The mRNA approach promises to send instructions for making the healthy version of a protein, and Weissman sees special promise in treating sickle cell disease, in particular.

In sickle cell disease, red blood cells take on a folded shape and can clog tiny blood vessels, causing pain and organ damage. Messenger RNA could be used to change the instructions going to the bone marrow, where red blood cells are made, telling them to make healthier shaped cells.

"Now that we can target that cell, the hope is we can give people an injection of RNA and it will target the bone marrow stem cells and fix the disease," Weissman said.

"It's gene therapy without the half a million dollar price tag," he added. "It should be just an IV injection and that's it."

Tests in mice are showing promise -- the next step it to test the approach in monkeys, Weissman said.

In 2008, a company then called Shire Pharmaceuticals started to develop mRNA treatments for cystic fibrosis -- a deadly genetic illness caused by any one of a number of small mutations to a gene called CFTR.

That technology is now owned by Translate Bio, a company dedicated to making mRNA therapies and vaccines. It's working to correct faulty CFTR in the lungs by delivering mRNA via a nebulizer. The treatment appears safe in early stage trials in people and has won orphan drug status from the US Food and Drug Administration.

The mRNA approach might also work against some tickborne diseases, Weissman said.

"The idea there is if you are immune to tick saliva proteins, when the tick bites you, the body produces inflammation and the tick falls off," Weissman said.