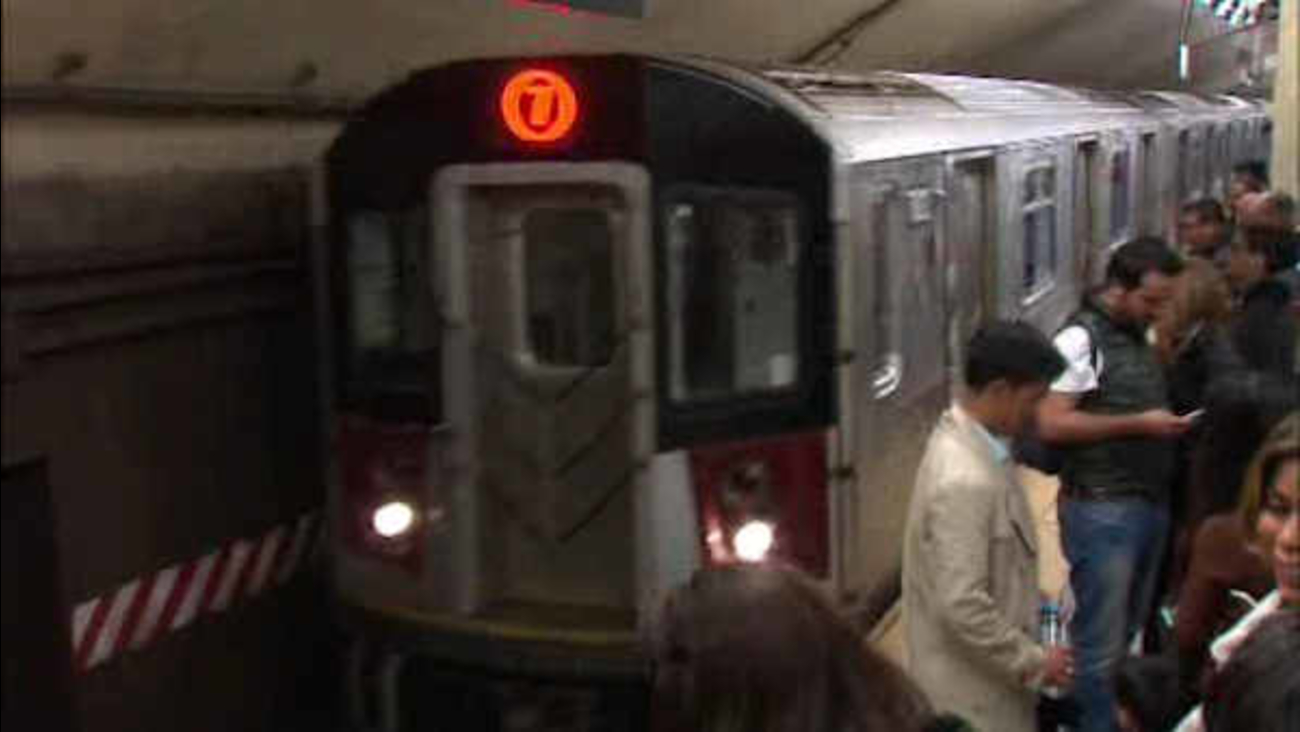 NEW YORK (WABC) -- For Mets who are headed to Citi Field for the National League Championship Series, the MTA is ready.

They are running extra 7 subway trains, buses and LIRR trains to help make sure everyone gets to the stadium to cheer on the Mets.

The MTA will also provide service to Games 6 and 7, if they are necessary, on Saturday, October 24, and Sunday, October 25.

To avoid waiting in lines after the game, the MTA recommends customers buy round-trip LIRR tickets or MetroCard fares in advance.

Fans can take the 7 train right to Mets-Willets Point, where service is provided 24 hours a day year round. The station is right in front of Citi Field on Roosevelt Avenue near 126th Street. After the games, New York City Transit will provide special super-express 7 trains timed to depart after the last out. After leaving the game, these trains stop at 61 St-Woodside, Queensboro Plaza, Court Square, and all four stops in Manhattan.

Before the game, MTA New York City Transit's "Train of Many Colors" will be rolling out to Mets-Willets Point this weekend carrying hundreds of fans on their way to root the Mets to victory over the Chicago Cubs. The strictly old-school, 11-car Flushing Line train is made up of IRT cars manufactured between 1948 and 1964. The varying color schemes represent several different eras in subway history, including the redbirds and the striking two-tone robin's egg blue and cream World's Fair colors. The train will leave 34-Hudson Yards at 6:30 p.m., making express stops to Flushing-Main Street.

Real-time bus arrival estimates are available through MTA Bus Time. Click on the route links above for route maps and real-time bus locations.

The full timetable for game service is available at this link: http://web.mta.info/lirr/Timetable/Branch/Mets-Willets.pdf

This table has a service summary.

Precise schedule details for Games 6 and 7, if they are necessary, would depend on the time of the games, but the frequency of trains would be similar to Games 1 and 2. Because of work related to the reconstruction of the Ellison Avenue Bridge in Westbury, trains on the Ronkonkoma Branch and Port Jefferson Branch will not operate between Hicksville and Mineola on October 24-25. The LIRR recommends that customers of these branches consider taking the Port Washington Branch or Babylon Branch as an alternative.
Related topics:
trafficmtabaseballsubwaynew york mets
Copyright © 2022 WABC-TV. All Rights Reserved.
NEW YORK METS
Reds and Mets meet, winner takes 3-game series
Max Scherzer strikes out 11, doesn't surrender a run in return to N...
Reds spoil Scherzer's return with a 1-0 ninth-inning win
New York Mets and Cincinnati Reds meet in game 2 of series
TOP STORIES
Man punched, slashed after inadvertent bump in NYC subway station
406 NYC arrests among 1,500 in U.S. crackdown on outstanding warrants
Boy, 2, found underneath parents killed at parade shooting
Dog rescued from water after swimming 1.5 miles off coast
Suspect confesses to parade attack, contemplated 2nd shooting: Police
Jury finds man guilty of murder of rapper Nipsey Hussle
Woman pinned under bus, rescued after being struck in crosswalk
Show More
NYC Ferry costing taxpayers millions, audit finds
Exclusive: Man frustrated after house set on fire by illegal fireworks
Dramatic video shows man being pulled from burning car by officers
AccuWeather: Sunny and Warm
NYC breaks ground on Public Health Laboratory as COVID cases rise
More TOP STORIES News