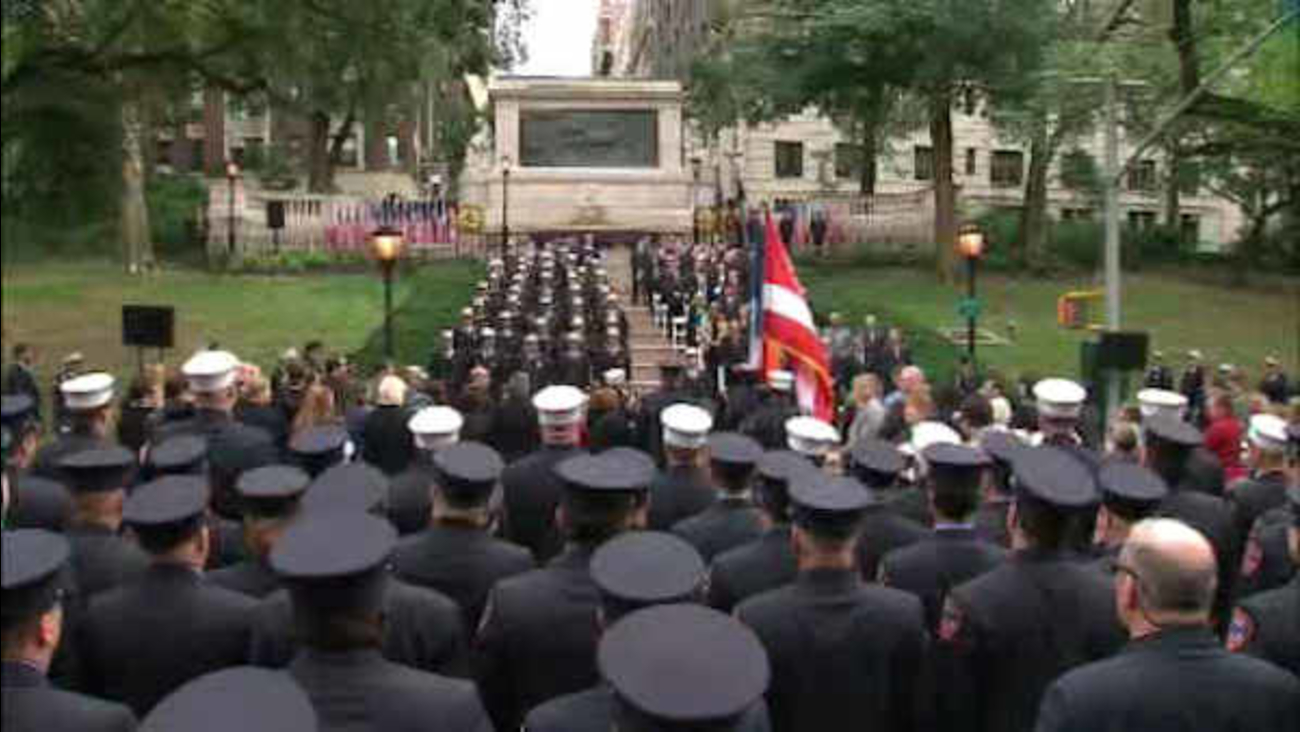 NEW YORK (WABC) -- The FDNY honored first responders who died as a result of working in the toxic rubble of the World Trade Center site after the September 11th attacks.