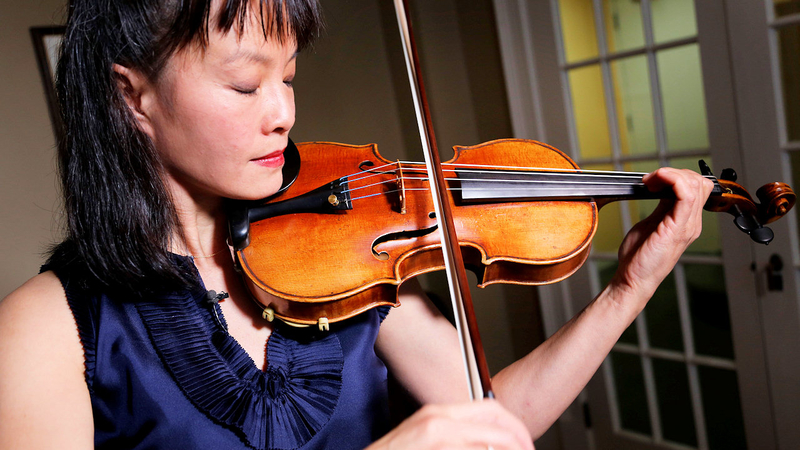 NEW YORK (WABC) -- A rare violin worth millions of dollars that was stolen in the 1980s was recently played again in public for the first time in decades.

Treasures are brought back to live at the Rare Violins of New York shop, including the Stradivarius called a Sleeping Beauty that had been stolen 30 years ago.

It was recovered by the FBI and returned to the heirs of the virtuoso who played it, after Roman Totenburg lived to be 102 without ever seeing or hearing his instrument again.

Mira Wang, a former student of Totenburg, is the world-class musician chosen by his family to play his violin.

"That I was the one who gets to play it after 35 some years means a great deal," she said.

What gives the opportunity so much resonance is their relationship. Totenburg brought the young girl from mainland China to the U.S. as a teenager and mentored her for the rest of his life.

"He was such a gentle teacher," she said. "A great musician, and also a great human being."

The first time Wang played his violin, his daughters were in attendance.

"I saw joy in their eyes," she said. "Many millions of emotions hit me."

Wang was happy to see the violin, but sad that her teacher couldn't be there to hear it played one more time.

The Sleeping Beauty is considered one of the best in the world, one of only 550 made in Italy that survive today. It's an instrument so precious that its unique sound has never been duplicated.

Mira feels certain that somewhere, Totenburg is smiling, knowing that his nearly 300-year-old violin is safe.

It is expected to be sold at auction, but the buyer will be carefully selected.