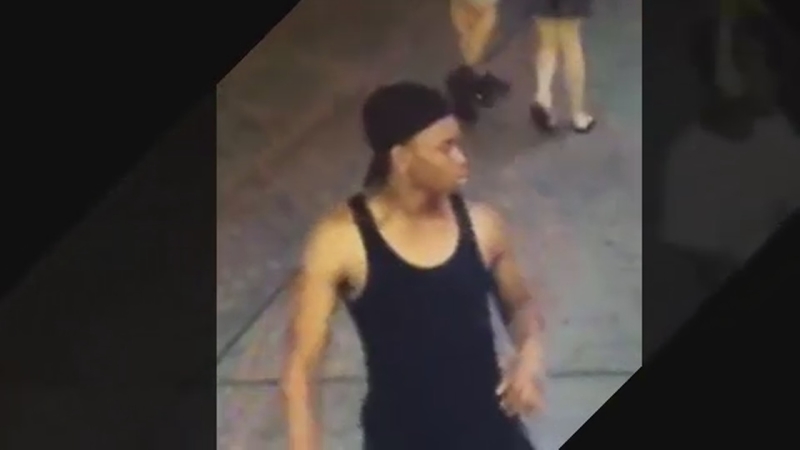 Man sought for trying to light women's clothes on fire

MIDTOWN, Manhattan (WABC) -- Police have identified three potential victims of the man suspected of trying to light a Muslim woman's clothing on fire in Midtown over the weekend.

No arrests have been made in any of the incidents, but the possibility of other victims of different races has prompted authorities to walk back potential hate crime charges.

Police said a tourist from Scotland was strolling along Fifth Avenue outside the Valentino store between 55th and 56th streets around 9 p.m. Saturday when she noticed her blouse was on fire. She told detectives a man was standing next to her with a lighter in his hand, and he was seen walking away turning east on 54th Street.

The victim, wearing traditional Muslim attire, was able put out the fire on her sleeve. When detectives canvassed the area, they discovered another victim who was approached by the man about three blocks away on Fifth Avenue. outside the Bryant Park subway station. A few minutes later, two other women were approached near the Bryant Park subway station on 42nd Street.

"That's scary," one area resident said. "I walk down here everyday to got to work, and you never know if you will be the one."

None of the other victims was injured, and none were wearing traditional Muslim attire. They initially declined to report the information, until they saw the video released by police.

"Just be aware of your surroundings at all times," resident Lucy Ramos said. "We get distracted with little things, with our phones, and we're never looking behind our shoulders or around us."

"Be aware of my situation," Jennifer Rattazzi added. "Not into my phone, not with my headphones on. And I'm that way anyway as my approach to life. So I doubt that guy would have an easy time setting my clothes on fire."