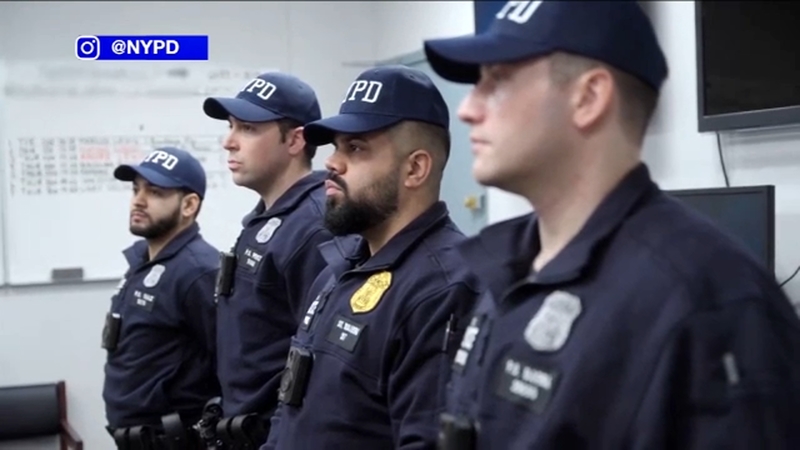 NEW YORK CITY (WABC) -- New York City continues to beef up its efforts to get guns and shooters off the streets, and on Monday, the NYPD deployed five more of its anti-gun teams to some of the city's most violent neighborhoods.

It comes after a particularly violent weekend where 29 people were shot on Friday through Sunday. That's up from six people shot on the same three days last year.

And in just three hours Monday night police responded to a shooting at a NYCHA basketball court in the South Bronx, another at the Queensbridge Houses in Long Island City and in Coney Island where a 7-year-old girl was grazed by a bullet, just standing on the street with her mother.

Some 170 officers were part of the initial rollout, and there are about 300 more that will be added on a rolling basis as they are trained.

The 300 additional officers on the Neighborhood Safety Teams head to precincts in Queens; Staten Island; Canarsie, Brooklyn; and two in Manhattan.

One of the Manhattan precincts is in Harlem, the other in East Harlem.

"These deployments are flexible and will adapt to changing conditions in the field," Police Commissioner Keechant Sewell said.

The first wave of the new anti-gun units started patrolling last Monday in 28 areas where shootings have increased during the pandemic.

And after only 2 weeks, in 25 precincts and housing units, the NYPD says they've made 31 arrests in total, 10 of those for gun possession. The anti-gun units have taken 10 illegal firearms off the street so far.

The initiative is a key part of Mayor Eric Adam's crime-fighting plan.

"They're specializing in understanding how to remove guns from our street," Adams said.

But the NST's as they're being called have already come under fire by civil rights advocates.

"These units have a culture and such a specific focus that they treat the civil and constitutional rights of the communities that they police as collateral damage in their hunt to get guns," said Molly Griffard of the Legal Aid Society.

On Sunday, police responded to a subway shooting and a deli shooting just minutes apart in East New York.

On Friday, a woman was attacked in Harlem near her home.

Police say a man tried to rape the woman in between parked cars on West 123rd Street, and that woman remains in critical condition.

"It's shocking when you see something happen to someone you encounter all the time," neighbor Tyrrell Ben-Avi said. "And it throws you off. It makes you more aware of what could actually happen here."

Neighbors are still in shock.

"The fact that we didn't see anything immediately and we weren't able to catch him, it makes us very angry," neighbor Chris I. said. "Because we take care of each other on this block."

There have been 253 shooting incidents with 284 victims so far this year.

There were also five incidents over the weekend when shots were fired but no one was struck.

In addition, there were six stabbings, one of them fatal.