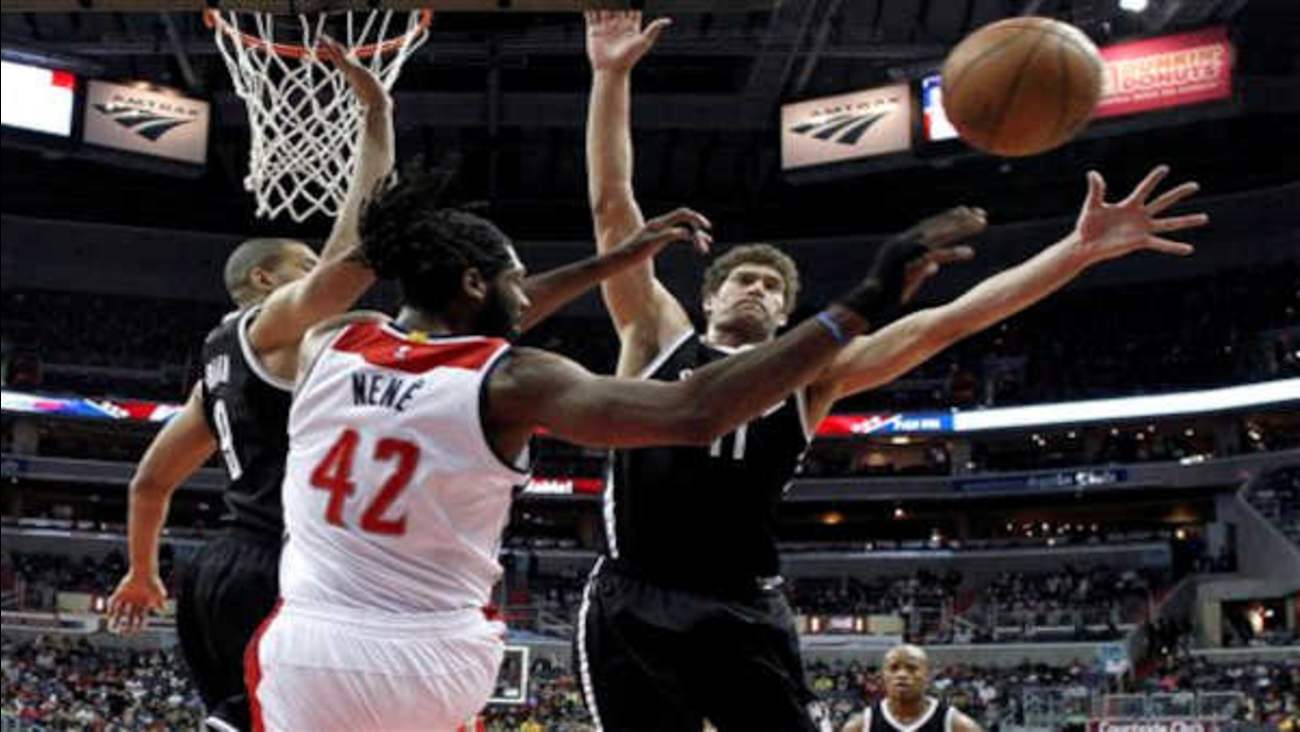 WASHINGTON -- The Washington Wizards coasted through the first two months of the season. Through their initial 30 games, they were 22-8. Entering Saturday night's game, they were 9-12 since then.

Needing to break a five-game losing streak, their longest since the end of the 2012-13 season, Washington led from start to finish and ended the skid with its biggest win of the season.

The Wizards' 114-77 victory was convincing. They led by 30 by the end of the third quarter - and by then the starters were all watching.

"I didn't care how much our starters got rest. We needed a win," Washington coach Randy Wittman said.

"It's not so much you're in a rut and not playing the way that we're capable of. That's going to happen. It's reacting and how you get out of it. Throughout a couple of games in this stretch, we were kind of hoping we'd go out and win a game. We need to win a game instead of going out and taking it and being aggressive."

The Wizards played without starting guard Bradley Beal, who sat out with an injured right big toe. It didn't matter.

Wittman encouraged his team to be aggressive, and they listened, especially Otto Porter, who started in Beal's place.

"Everybody was being aggressive in the right spot at the right time and playing for each other," Porter said.

The Nets, who had won three straight, were led by Brook Lopez with 19.

"I sensed in the locker room before the game that we didn't have energy and carried over into the start of the game," Brooklyn coach Lionel Hollins said.

Washington forced the Nets to call a timeout less than 2 1/2 minutes into the game.

The Wizards led by 12 points 5 minutes into the game and by 20 at halftime.

Marcin Gortat, who had a rough time during the losing streak was a true presence in the early going.

"I was that physical guy, but I was the decoy today. I had four early fouls. It was fun. I had the best tickets in the building," Gortat said.

Nets: F Kevin Garnett was rested. It was the seventh time this season Garnett has been held out of a second half of a back-to-back. In Friday night's win against New York, Garnett had 12 points - his highest total in nearly two months. ... The game was delayed late in the first quarter when C Mason Plumlee knocked over a vendor carrying a tray of beers.

Wizards: Wittman said that he didn't think Beal's injury was a long-term issue. "It's just going to take some time. There's nothing there that's a concern. He's got some inflammation there. It's a day-by-day situation. He felt better today than he did the day before, so that's a positive sign." ... Beal missed the season's first nine games with a broken right wrist. Washington had a 7-2 record.

WILLIAMS OFF: Brooklyn's Deron Williams, who missed 11 games with a fractured rib cage, has had an awful time from the field lately. In his past three games, he's 6 for 21 and missed all eight field goal attempts Saturday.

BEAT THE NETS: Gortat joked that he wasn't terribly thrilled about the win.

"At the end of the day, it was Brooklyn, so we can't get really excited like that - super excited."