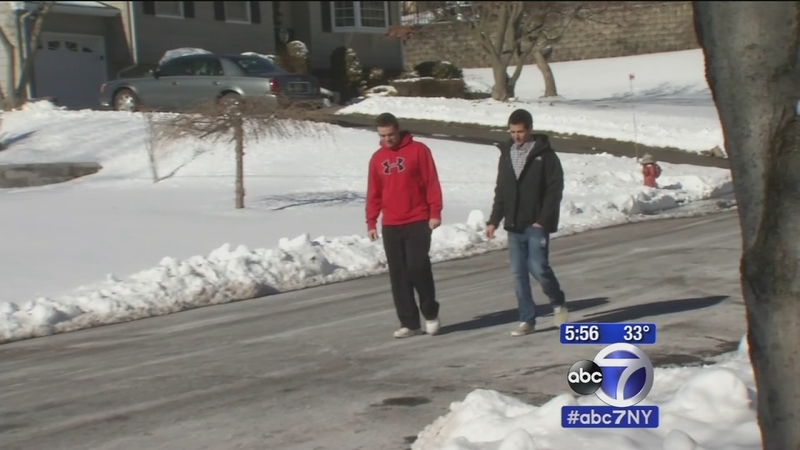 Matt Molinari and Eric Schnepf were handing out flyers in Bound Brook during the winter storm on Monday night.

The two enterprising teens, who were looking to make some money shoveling snow, ran afoul of a New Jersey town's ordinance dealing with door-to-door solicitation and were told by police to stop.

Jannone says the officer told the teens it wasn't safe to be out after a state of emergency was declared. The chief says the officer's concern was about their safety and not that they weren't licensed to solicit business.

Eric and Matt were told to come back the next day.