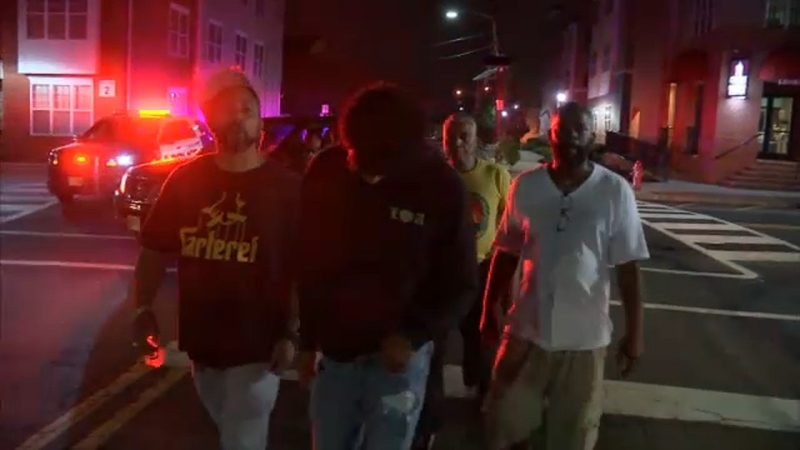 CARTERET, New Jersey (WABC) -- Dozens of people marched through the streets in New Jersey in protest. They are outraged after a jury acquitted a Carteret police office of assaulting a teenager.

"Everybody should watch out for their kids. We have a man out here, he likes to beat on children - that's not fair to the community," said Russell Stewart.

The outrage is triggered by what happened to Stewart's son, Monte two years ago this month, when Monte was only 16, he admits he took his father's car for a joyride.

Police Officer Joseph Rieman tried to get the teen to pull over. When the teen crashed, dashcam video shows the officer throwing punches.

The officer was suspended and charged with assault.

On Friday, a jury let the officer go free - acquitted on all counts. However, the case is far from over - the Stewart family is pursuing a civil lawsuit.